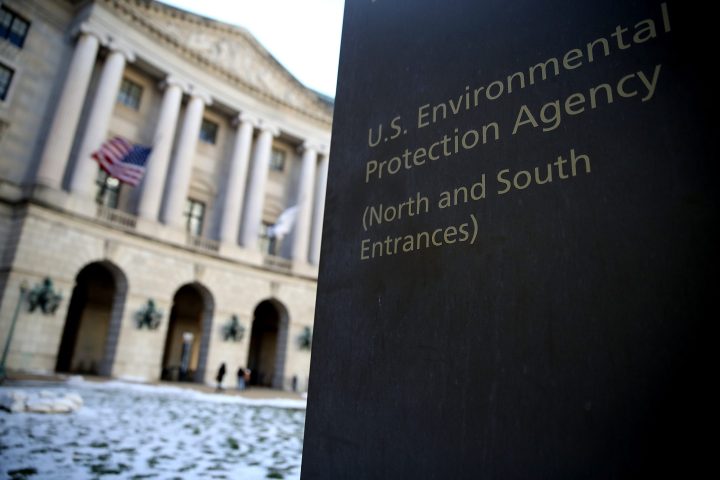 In a major climate change case, the Supreme Court on Thursday restricted the authority of the Environmental Protection Agency to regulate greenhouse gas emissions from power plants.

The ruling hinders the Biden administration’s ability to combat climate change, to be sure, but it also could send shock waves to other federal agencies.

Jack Lienke is the Regulatory Policy Director at the Institute for Policy Integrity at NYU School of Law. He spoke with Marketplace’s David Brancaccio about what the ruling could mean going forward. The following is an edited transcript of their conversation.

David Brancaccio: The headlines in the hours since yesterday’s decision have been very focused on the issue at the center here, the EPA’s authority to take action to slow climate change. But this is not a decision from the high court that’s limited just to EPA and just to climate change in its implications, is my understanding.

Jack Lienke: That’s right. So the issue before the court, in this case, was about EPA’s ability to regulate carbon dioxide from power plants under the Clean Air Act. But the court in finding that what EPA had tried to do in 2015 was unlawful invoked what it calls the “major questions doctrine.” This is actually the first time that the court and a majority opinion has used that term. And that doctrine and the way that it’s applied in this case does have implications for basically all federal agencies, and for efforts to protect public health and consumers going forward, in all sorts of unpredictable ways.

Brancaccio: Let me try my amateur interpretation of this “major questions doctrine.” It’s the view that some things are so big that it’s not a federal agency that gets to decide. It will be a matter for Congress to address or not.

Lienke: Yeah, essentially. So, you know, the typical approach of courts when reviewing agency actions, like pollution rules, is to say, what’s the statutory text that authorizes the agency’s action here? Is what the agency is doing kind of a reasonable reading of that text, is that text broad enough to support this action? And here the court is saying, well, what EPA tried to do in this rule is … it calls it a colorable interpretation of the text of the Clean Air Act. But we’re not going to defer to you the way we normally would because as you say, we think this rule is too big of a deal. We think this is a special case in which if Congress wanted to be able to authorize you to do this, it would have had to spell it out precisely. In this case, the question is, EPA had to identify the best system of emission reduction for reducing carbon dioxide from power plants. And it relied on a system of shifting generation from dirtier coal plants to lower emitting natural gas plants and renewable facilities like wind and solar facilities. And EPA said, that’s a system of emission reduction. And the court is saying, sure, that’s a broad phrase and interpreting it to include this generation shifting might be OK in a normal case, but we think that regulation of the power sector and specifically regulation of greenhouse gases from the power sector is such a big deal that if Congress wanted you to be able to do that, it actually needed to spell it out in the Clean Air Act. And of course, the problem is that that’s not how Congress writes laws, right? Congress writes laws in intentionally broad terms to give agencies flexibility to address pressing problems.

The role of federal agencies

Brancaccio: Well, yeah, I mean, now that you raise that issue of Congress often leaves it kind of loosey goosey. I remember, after the financial system collapsed in 2008, the Dodd-Frank rules were put into effect by Congress. And those were not specific, especially, on exactly how the Securities and Exchange Commission, for instance, should figure out what to do. It left it to the agencies to do so.

Lienke: Right and Justice Kagan, in her dissent points this out. That Congress, she says, knows what it doesn’t know. And so it writes laws with that in mind, you know, when a nearly unanimous Congress passed the Clean Air Act back in 1970, it knew that there was a lot about pollution that it didn’t yet understand. And also that there were going to be means of reducing pollution that it couldn’t predict. And so it wrote this law in an intentionally broad way to give EPA maximum flexibility to achieve the goals of the law, which were to protect public health. And Congress has taken a similar approach to a lot of other laws that we all rely on to, you know, protect consumers, to protect investors, to protect breathers. And, and that’s why today’s decision does have kind of broader implications than just its climate implications, which are, of course, themselves significant.

The major questions doctrine and the road ahead

Brancaccio: So I suppose moving forward that industry groups, other interest groups, who don’t like something that the executive branch and administration is doing are gonna say, “Well, it’s a major question. And really, Congress has to get more specific.” That’s going to be a common point of dispute.

Lienke: Yes, going forward, you can expect I mean, it’s already happening in the lower courts. But every policy that is litigated, the opponents are going to claim that the question that the agency is trying to answer is major and thus the agency shouldn’t get its traditional discretion. And you know that risks becoming the exception that swallows the rule, right. The traditional approach has been, look, if the language is vague and it’s subject to multiple reasonable readings, we’ll let the agency pick because the agency is the expert in, you know, the problem that Congress tasked it with addressing.

Brancaccio: It’ll be interesting to see how this plays out in I mean, you mentioned it consumer protection, but I would mention the work of the Equal Opportunity Employment Commission. It might touch any part of the federal government.