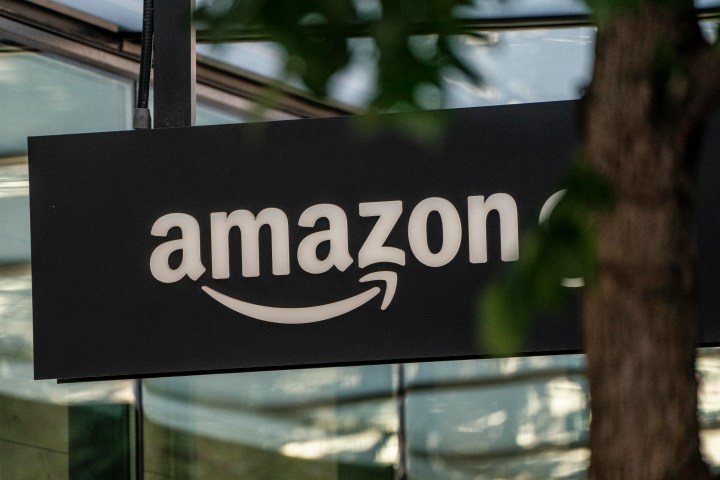 COPY
A sign is seen outside of an Amazon Go store at the Amazon.com Inc. headquarters on May 20, 2021 in Seattle, Washington. Among the proposals from shareholders challenging the company: An independent audit of working conditions at Amazon warehouses. Photo by David Ryder/Getty Images

A sign is seen outside of an Amazon Go store at the Amazon.com Inc. headquarters on May 20, 2021 in Seattle, Washington. Among the proposals from shareholders challenging the company: An independent audit of working conditions at Amazon warehouses. Photo by David Ryder/Getty Images
Listen Now

Amazon is holding its annual general meeting for shareholders today at a time when the stock has fallen as much as 40% amid a broad market selloff, especially in tech.

Investors have wide-ranging complaints from top to bottom. They include the $214 million proposed pay package for the new CEO, and the treatment of Amazon’s most entry-level employees.

One proposal shareholders have posed to executives this year is an independent audit of working conditions at Amazon warehouses.

“That’s going to get big attention,” said Dan Ives, a managing director at Wedbush. “Ultimately, the labor issues have been a black eye for Amazon. There’s no way to sugarcoat that.”

Another proposal is led by a union leader who says he was fired for leading a protest over working conditions, a claim Amazon disputes, saying he was fired for violating COVID-19 safety rules and employment terms.

It calls for Amazon to put out a report on its collective bargaining and “freedom of association” policies.

Ileen DeVault, who teaches labor history at Cornell, said it’s not often that shareholders and employees are on the same side.

“I think it gives another form of pressure against the company, to try to get them to be serious about taking care of workers,” she said.

But these are just proposals – two among 15 – all of which Amazon has made clear it opposes. A company spokesperson said it’s committed to improving workplace safety.

Update (May 26, 2022): This web story has been updated with Amazon’s position as to why one of its employee was fired.