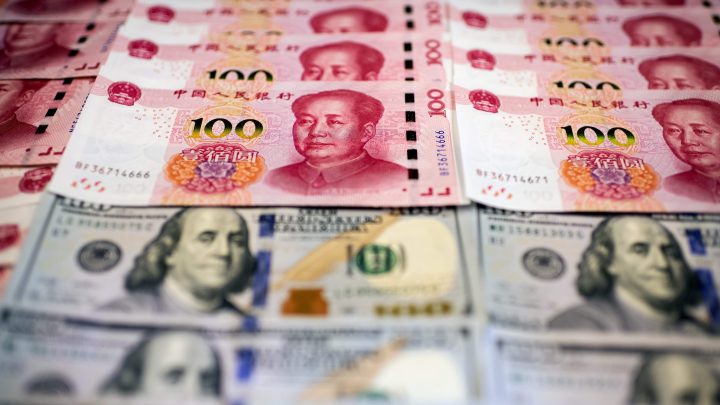 Here in the U.S., the Federal Reserve is raising interest rates to cool down the economy. Not everyone is going this direction. Today, China’s central bank decided to cut an important interest rate by a fraction of a percent in an effort to stimulate its economy.

China’s economy is in trouble right now. And, for the first time since 1976, the U.S. economy is going to grow faster than China’s, according to Bloomberg Economics.

“You have the numbers just tumbling, across China — from steel production, to coal, to consumer spending, to property,” said Anne Stevenson-Yang, co-founder and research director of J. Capital Research.

China’s numbers are tumbling in large part because of the country’s zero-COVID policy, which has caused many parts of its economy to grind to a halt.

China’s central bank cut only one benchmark interest rate, the one that’s used to price mortgages.

China’s been trying to prop up its housing sector, said Mark Williams, chief Asia economist at Capital Economics. “Particularly housing sales, which have been weak, and falling for quite some time,” Williams said.

China would like to do more to juice its economy, but it has a problem — the Federal Reserve. The Fed’s rate hikes are luring investment to the U.S.

According to David Dollar, a senior fellow at the Brookings Institution’s China Center, China is concerned about lowering interest rates too much.

“There would be massive capital outflows, that tends to increase inflation because it makes imported things more expensive,” Dollar said.

In other words, the value of China’s currency would tank. That would make Chinese goods cheaper and help the Chinese economy. That’s not the message the country wants to send right now, according to Wing Thye Woo, vice president of the UN Sustainable Development Solutions Network Asia.

“One of the biggest tensions between the U.S. and China has been trade issues. And this could be misinterpreted as exchange rate manipulation,” Woo said. Especially in light of how much the U.S. has been buying from China, he added.