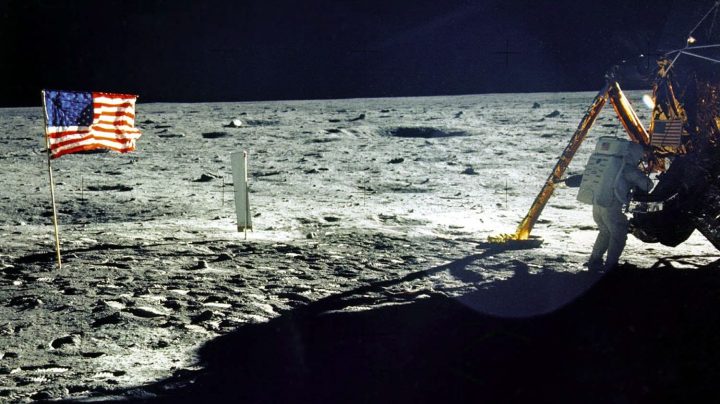 Economists, policymakers and the media will parse every word of Federal Reserve Chairman Jay Powell’s comments after the Federal Open Market Committee meeting this week. A substantial interest rate hike is all but inevitable — the only question is how big.

In light of worse-than-expected inflation numbers for August, Powell is likely to be asked whether the Fed has given up on trying to achieve a so-called soft landing — fighting inflation without seriously hurting the economy.

Economics loves its aeronautics terms: “headwinds,” “tailwinds,” “glide paths,” even the word “bailout,” when you think about it.

But “soft landing” originated far above the cruising altitude of most economic metaphors.

“It was really the space race between the U.S. and the Soviet Union that was getting so much attention,” said Ben Zimmer, a linguist who writes about the history of financial terms for The Wall Street Journal.

Americans had space fever in the late 1960s and early 1970s. So with prices rising sharply in 1973, then-Treasury Secretary George Shultz invoked the term “soft landing” to describe how a mild economic cooldown could fight inflation.

“Because these were terms that were just kind of in the air, that became something that financial types could use as a kind of a metaphorical foundation,” Zimmer said. “What we’re trying to do with the economy is similar to, in this metaphorical way, trying to guide a lunar capsule to the surface of the moon.”

Unlike NASA, neither the Richard Nixon administration nor the Fed actually succeeded at the time.

With huzzahs to Neil Armstrong, we’ve landed astronauts on the moon six times. We’ve executed a perfect economic soft landing only once.

“There’s an old expression whether you rather be lucky than good,” said Alan Blinder, vice chairman of the Federal Reserve from 1994 to 1996 and an economic historian. “To do a perfect soft landing, you have to be both, lucky and good.”

In 1994, inflation was about 3% — not that bad. And gross domestic product growth and the unemployment rate were pretty good.

But then-Fed Chairman Alan Greenspan thought that if the Fed didn’t raise interest rates, inflation would be just around the corner. Real interest rates had been stuck at zero for a while.

“If you want to get a soft landing, it’s a good idea to get started early so you don’t have to really slam on the breaks,” Blinder said. In other words, to avoid having to mount an aggressive campaign of raising rates.

But the idea of a preemptive rate hike was not popular. The best the Fed had done in the past were soft-ish landings that still upset the economy and labor markets.

Nevertheless, the Fed went ahead and doubled its key interest rate tool — the federal funds rate — over the course of just 13 months.

It worked. Inflation stayed low, the economy still grew and the labor market was great.

Blinder thinks the phrase “soft landing” works fine. It’s a way to communicate the Fed’s goals to the public, even if it oversimplifies things.

But economist Vincent Reinhart of Dreyfus and Mellon, who was also at the Fed in the 1990s, is not a fan. He said there’s a reason Greenspan didn’t use the metaphor very frequently.

“I think it suggests more control of the economy than a central bank really has,” Reinhart said.

Jay Powell has no say in the Russian invasion of Ukraine or China’s COVID lockdowns and had no visible role in last year’s federal stimulus checks. The Fed didn’t have to deal with anything like those problems in the mid-1990s.

“The right image is you’re actually a carrier pilot trying to land a plane in a storm on the carrier deck. When you say ‘soft landing,’ you’re saying, ‘Trust me, I’m Tom Cruise.'”

The Fed looks like it’s moving away from the whole soft landing thing as inflation remains persistently high. Powell’s recent Jackson Hole speech was anything but soft, emphasizing the pain that will come as rates move skyward.