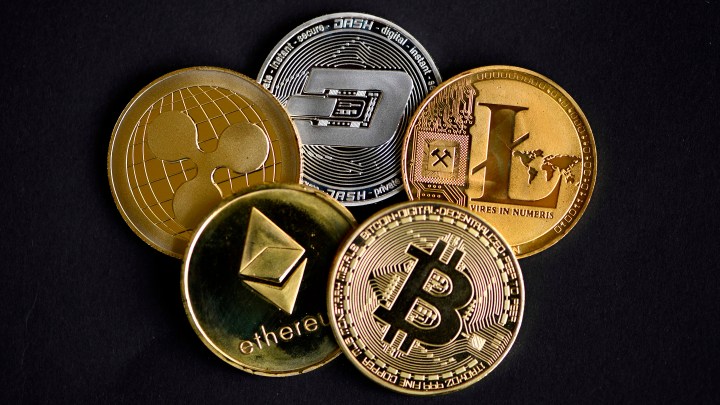 Despite their volatility, cryptocurrencies like bitcoin are capturing investor attention. More crypto-based assets, like NFTs and stablecoins — backed by hard currencies or commodities like dollars and gold — are on offer than ever before. And governments and regulators are taking notice.

The United Kingdom, a global foreign exchange powerhouse that’s home to about $3 trillion in currency transactions a day, has decided it wants to make itself the premier destination for crypto companies looking to set up shop.

Last month, the government led by Prime Minister Boris Johnson announced it wants to look into ways to make stablecoins a valid form of payment, and expand the nation’s status as Europe’s financial center to include new technologies and investment in the crypto industry.

“We want to see the business of tomorrow — and the jobs they create — here in the U.K., and by regulating effectively, we can give them the confidence they need to think and invest long term,” said Rishi Sunak, the chancellor of the Exchequer, who controls the government’s purse strings.

But with so much competition in the space, constant volatility and increasing lack of awareness of the risk of investing in such assets, where does the U.K. even start with drawing up new regulatory framework?

For the answer, we went to Westminster, the seat of power in the U.K., where we found Dr. Lisa Cameron, a member of Parliament for the Scottish National Party and chair of the new Crypto and Digital Assets All-Party Parliamentary Group. Her conversation with the BBC’s Victoria Craig has been lightly ended and condensed for clarity.

Dr. Lisa Cameron: [The committee] has been up and running now for three or four months. It started because there is a need, now, to make sure that the U.K. retains its place at the head of finance worldwide, really. We want to see innovation, fintech, entrepreneurship to be coming here, to base itself here. And there was a feeling that we needed to educate members of the parliament in the sphere, but also to bring together policymakers with industry to create regulation, that was proportionate, regulation that works. But that doesn’t stymie innovation. It’s going to be, I think, quite dramatic, a bit like a next industrial revolution, but more than industrial. And we want to be at the center of this here in the U.K., and specifically in London.

Cameron: Well, you know, it’s been so interesting because, at first, I think I had misperceptions that perhaps industry would be shying away from regulation. But those industries who want to come to the U.K. and to do things properly, they’re really saying, “Yes, let’s do this. We want to work with government to make sure that this is a stable place for the work that we do financially, that there’s a regulatory framework and that there’s certainty. Because those are the factors that are important for business development and growth.” The bad actors who are not keen on regulation, we don’t want that. It’s not a race to the bottom here. We want to attract reputable businesses within the sector.

Craig: In the Queen’s speech just this week, which outlines the government’s legislative priorities, a proposal was put forward to begin regulating this industry. So stablecoins, which are backed by hard currencies like the dollar, commodities, like gold and crypto assets, like bitcoin. The big question, though, is what does that kind of regulation look like?

Cameron: I was fortunate to be over in Zurich in Switzerland just last month speaking to their regulators and their members of parliament about their journey, because they’ve developed regulation there. It’s going to have to be bespoke for the U.K. So it’s going to take this process of bringing together industry, government, the Bank of England, the [Financial Conduct Authority] together to look at, you know, what’s going to work for here. The first part of it, I think, is about the education. We’re actually getting ourselves up to speed. In my mind, as chair of this group, it has to look like something that’s going to entice people to come here. But it’s about having a really balanced, proportionate stance. Many of our constituents are already engaged in cryptocurrency and digital assets. So we have to have a way of making sure we can protect people.

Craig: It couldn’t be more timely that we sit down to talk about this, given the moves that we’ve seen in specific assets this week. Like bitcoin, which is lost about half of its value [since a peak in November]. And it sort of highlights the intense volatility that some of these assets can experience. So how do you guys look at that kind of thing from a consumer protection angle? And do you worry that that could taint, in any way, what you’re doing and how you’re hoping to attract business like that?

Cameron: That’s one of the concerns that members of the parliament have, really, is about protecting consumers and making sure that people are informed and making choices from an evidence base and as informed a base as possible. So that when people are investing they have information that’s accurate, they know exactly what they’re investing in. Looking at, you know, the impact on families when people lose money — and I worked as a psychologist before coming into parliament, I’m aware people can become quite addicted to investing, gambling, etc. So that’s why we need the stable framework here. And that’s why we don’t want to attract bad actors here.

Craig: We’ve talked a lot about the U.K. in a post-Brexit world. And I think one of the things that everybody talks about, from this side, is that the country wants to maintain the strict regulatory standards that it was known for. And so I wonder how much competition with other European capitals that want to become Europe’s financial center, how much that factors into how you might be looking at regulation? I think a good example of the push and pull is with Binance, which is the largest cryptocurrency trading platform, which last week announced it has the regulatory greenlight to go and put its regional headquarters in Paris. And that’s after last year, when the FCA said it it wasn’t capable of regulating Binance. So how do you look at that kind of thing? How can one company sit between two countries having such a polarized view?

Cameron: Yeah, I mean, I think that that that has perhaps sent some shockwaves through the industry, in a sense. And I had some dialogue — I was an event last night speaking, where other industry partners were saying “We want we want to stay in the U.K.” You know, they’re saying quite clearly, “We want to stay in the U.K. You have so much here to offer. But we have to start moving this forward, because we can’t be speaking about it continually. We need to have not just words from government, but action.”

Craig: Is there a timeline outlined for when you want to have a basic regulatory framework?

Cameron: Ideally, I’d like to push things, like, six months to a year. We can’t do a standing start. We have to push, too, or else we’ll be left behind.

Craig: Is that a realistic timeline, though? Given some of these organizations are known for being fairly bureaucratic and slow moving? And especially when you’re talking about inventing new regulations? Is that ambitious, do you think?

Cameron: I think we’re going have to be ambitious, yeah. Can things take slightly longer than that? Yes. But if I’m going to sit here and say, “Well, this is going take five or 10 years,” where are we going to be, you know? Behind the curve, and we’re not going to achieve any of our goals.