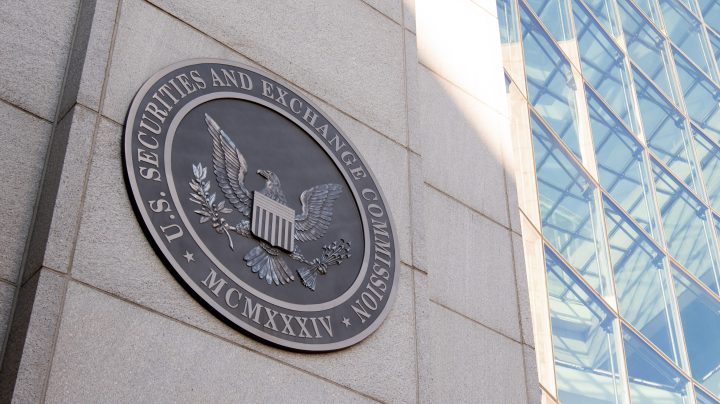 COPY
The SEC is spending a lot of time figuring out how to deal with cryptocurrencies. Saul Loeb/AFP Getty Images

The SEC is spending a lot of time figuring out how to deal with cryptocurrencies. Saul Loeb/AFP Getty Images
Listen Now

The Securities and Exchange Commission on Monday announced that it plans to take more time to decide whether to approve a pair of proposed spot bitcoin exchange-traded funds.

Those are funds that follow the value of bitcoin, which investors could buy and sell on a traditional exchange just like they do stocks.

The SEC is Wall Street’s watchdog — and whether it likes it or not, the agency is spending a lot of time figuring out how to deal with cryptocurrencies. That includes deciding whether it needs new regulations tailor-made for crypto or if it can get by sticking with what it’s been doing, which is enforcing laws already on the books.

There are now thousands of cryptocurrencies and a whole ecosystem of companies that support everything from mining them to trading them.

“This has become readily accessible to basically every American,” said Chris McNamara, a lawyer at Barton LLP. That accessibility explains the growing concern about fraud.

The SEC oversees securities, like stocks and mutual funds. McNamara said bitcoin and ethereum have graduated beyond that to true currency status in the eyes of the SEC.

“Even a bitcoin, for instance, you could use it to go buy a Tesla, right? But with some of these other products, you can’t necessarily use those investments, just like you couldn’t use a mutual fund to go buy a car,” he said.

To determine whether something is a security or a commodity, the SEC relies on a legal principle from the 1940s called the Howey Test.

The test has four criteria, according to Lee Reiners, executive director of the Global Financial Markets Center at the Duke School of Law.

“An investment of money in a common enterprise, with a reasonable expectation of profit. And that profit is derived from the efforts of others,” Reiners said.

It’s the last half that presents the critical test. If the SEC thinks there’s a key group of people making things run, it’s a security, which requires a lot more disclosure about risks. Reiners said for now, that test is working as the SEC tries to keep crypto in check.

“And I think that if you meet crypto lawyers halfway, they’d be willing to help the SEC design something new,” Verret said, so there would be greater clarity about which digital assets are considered securities.