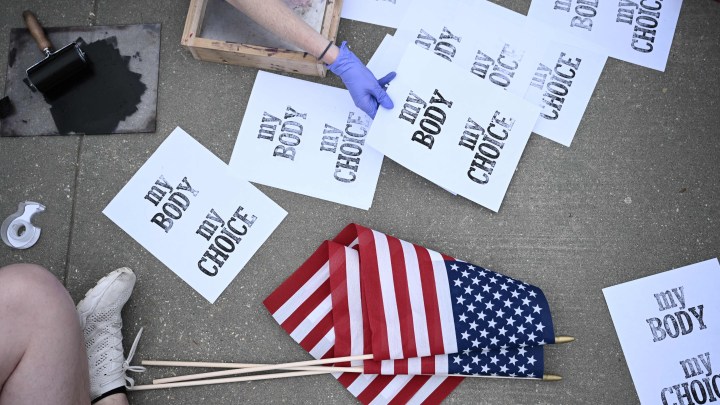 As you’ve likely been hearing — according to a draft opinion leaked to Politico — the Supreme Court seems set to overturn Roe v. Wade, the landmark 1973 case that guaranteed a woman’s right to an abortion.

If that decision goes through, about half the states in the U.S. are expected to ban abortions entirely. Yet more companies are saying they’ll help employees with the cost of traveling out of state for medical procedures, including terminating pregnancies. That means more of corporate America is weighing in on one of the most divisive social issues in America.

Laura Spiekerman is co-founder and chief revenue officer at Alloy, a startup that sells identity services to banks and fintech companies. She feels responsible for her 250 employees, who work around the country.

That’s why in January, the company announced it would put money toward helping employees access abortions.

“This is another way in which employers have to take care of their team members,” she said.

Alloy will contribute up to $1,500 toward travel expenses for an employee or an employee’s partner to get an abortion. The company will also help cover legal expenses or out-of-network costs related to the procedure.

This benefit makes the company a more attractive employer, Spiekerman said — though she was worried about deterring clients.

“I think I’d be lying if I said I wasn’t nervous, especially because we have banks in more conservative states and in states where these anti-choice bills have been rolled out,” she said. “I still felt like it was worth taking that risk.”

Other companies are taking the risk too and creating policies around the issue, including Amazon, Citigroup and Match.

There may also be pressure to provide support for women who can’t access abortions, said Rita McGrath, a professor at Columbia Business School.

“So, you know, ‘If I’m forced to have a child, then you’re going to be forced to bear some of the burden,’ might be the attitude you’ll see there,” she said.

That includes more robust parental policies, including paid leave along with predictable hours. While these policies could help employees at the companies that have them, most of the U.S. workforce will be left out.

“So I mean, it’s very common that workers that work for more, you know, resourced companies have access to more benefits,” said Carrie Baker, a professor of women and gender at Smith College.

Baker said it’s important to keep in mind that 75% of people who obtain abortions in the U.S. don’t make much money, and few work for a bank or a startup.