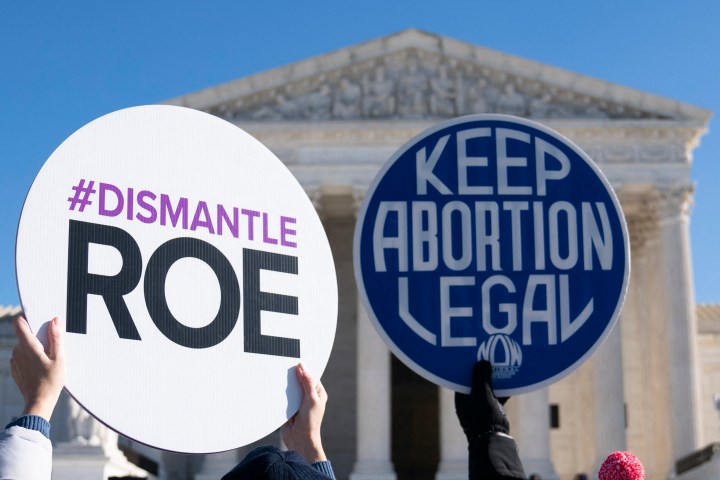 In addition to the seismic cultural and social effects this will have on the United States, there are deep economic consequences to consider. “Marketplace Morning Report” host David Brancaccio was joined this morning by Diana Greene Foster, a professor at the University of California, San Francisco, who has researched the effect of unintended pregnancy on women’s lives. Below is an edited transcript of their conversation.

David Brancaccio: Right off the bat, this opinion from the Supreme Court looks like what was expected after we had read the draft earlier in the year.

Diana Greene Foster: Yeah, this seems that the Supreme Court has decided that Roe is done. And the consequences of that is that many states will nearly immediately ban abortion. And so, if you’re a pregnant woman in the middle of one of these states, you could be hundreds of miles from a legal clinic. And if you are disadvantaged in various other ways — like you don’t have internet or a credit card or an address — you probably also won’t be able to order medication, abortion pills, and so many people will carry unwanted pregnancies to turn.

Brancaccio: This is perhaps the most consequential Supreme Court decision of our lifetimes … of this generation. Now, you’ve actually studied economic effects. And you found out ways to produce control groups in your study. You follow about 1,000 women who went to 30 abortion clinics across the country. What did you find when it comes to the connection of access to economic outcomes of women?

Foster: Yeah, so people who seek abortions are already disproportionately disadvantaged, having low incomes, although abortion is something that people of all economic groups do. What we find is that when people cannot get a wanted abortion, they experienced both serious physical health risks, but also long term economic harm — so, an increased probability of poverty, not having enough money to pay for basic living needs. And it’s not just they themselves who are affected, it’s also their children. So often people say they want to have an abortion in order to take care of the kids they already have, and we see those existing kids are more likely to be in poverty if their parent was denied an abortion.

Brancaccio: You can even track this to credit score, can’t you?

Foster: So, economist Sarah Miller from the University of Michigan had the idea of linking people in this study — those just over the gestational limit, those just under the gestational limit of the clinic near them — to their credit report so she could see that that the two groups — those who were received, and those who are denied abortions — had similar economic experiences for the three years leading up to the pregnancy. But for the five years after one group got an abortion, and the other one didn’t, those who didn’t get their wanting abortions were more likely to experience poor credit, higher debt, more evictions.

Brancaccio: And when looking at economic effects, not just on the mother, you’ve also tracked it into the children.

Foster: Yeah, so we’ve looked at both the economic experiences of the child born because their mom was denied an abortion. And those kids are more likely to be raised in poverty, and experienced economic hardship, even compared to the next child born to women who receive an abortion. So when a woman is able to dictate the circumstances of her birth, her kids do better. They do better in economic outcomes, and they do better in terms of maternal bonding.

Clarification (June 24, 2022): This story has been updated with details on how Supreme Court justices voted.