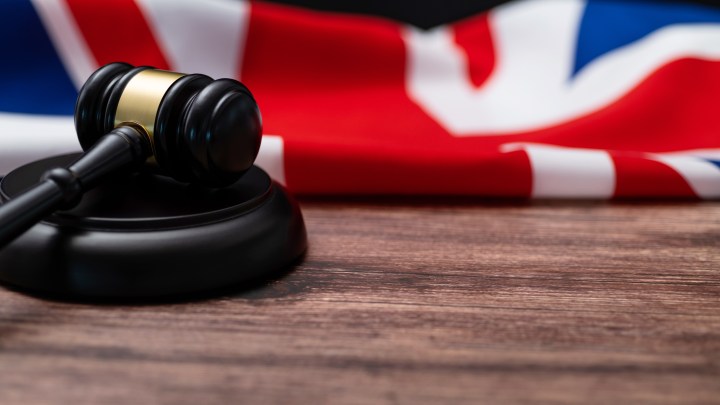 British book publishers, newspapers and journalists have for many years complained about “lawfare” — the legal conflict that the superrich unleash in order to fend off scrutiny, usually of their financial affairs.

Russian oligarchs with links to the United Kingdom have been particularly active in this field. They have often hired the United Kingdom’s most expensive lawyers to shut down inquiries into the precise origins of their wealth. But the war in Ukraine has shined a spotlight on this activity and change could be on the way.

“I just do not understand how we got ourselves into the mess we’ve got into now,” declared lawmaker Bob Seely in the U.K. Parliament shortly after the invasion of Ukraine. “Why have we got to the position in our society where we have kleptocrats and criminals and oligarchs intimidating a free media? Oligarchs, Putin’s henchmen, teaming up with amoral lawyers.”

Seely was attacking what he sees as an abuse of Britain’s defamation laws by oligarchs and other superwealthy individuals in order to deter journalists, authors and campaign groups from delving too deeply into their financial affairs and other matters that are of public interest. Specifically, the lawmaker was attacking SLAPPs. The term, coined in the United States, stands for Strategic Lawsuit Against Public Participation.

“SLAPPs are a form of abuse of litigation that are used not to right a wrong but to drain a target of as much time, energy and money as possible,” said Jessica Ní Mhainín, policy and campaigns manager at the Index on Censorship, which campaigns for freedom of expression.

Ní Mhainín said that this litigation usually entailed an imbalance of power: a fabulously wealthy individual pitted against a much less affluent publisher, author or journalist.

“This power imbalance is particularly effective in the United Kingdom,” she said, “because of the very high cost associated with mounting a defense in a defamation case which is usually in excess of £1 million [$1.24 million].”

That is a very effective deterrent to no-holds-barred reporting, according to author and journalist Catherine Belton. Her bestselling book, “Putin’s People,” exposed the corruption in the Russian regime and provoked a number of oligarchs, including Roman Abramovich, to launch five defamation lawsuits in the U.K. last year. At a conference of Swedish investigative journalists in the fall, Belton spoke of the pressure of dealing with a legal onslaught.

“That can put anyone off writing anything controversial if you’re faced with the prospect of millions of pounds. Even if the insurance is paying for it. It drains your time, it drains your resources. You wind up with greater insurance premiums. So of course these are great threats,” Belton said.

Her publisher, HarperCollins, spent almost $2 million fighting the claims against her book. Faced with even higher costs, they settled with Abramovich agreeing to what seemed to be minor changes in the text. HarperCollins, owned by Rupert Murdoch’s News Corp., was well able financially to defend itself. But many authors and journalists do not enjoy that level of protection.

Take Swedish journalist Annelie Östlund, for example. She and two colleagues, who work for a small financial and business publication in Sweden called Realtid, are being sued in the U.K. over some articles they published in 2020.

The articles investigated a group of companies owned by Swedish businessman Svante Kumlin. Östlund told Marketplace that she, her two colleagues and Realtid were being sued for the equivalent of around $16 million — a sum that is well beyond their means.

“The publication would go out of business and all three of us would be put into personal bankruptcy if Kumlin wins,” Östlund said.

She insisted that the articles were accurate, the subject matter was of obvious public interest and that the lawsuit is a SLAPP. Twenty-four press freedom organizations — including Index on Censorship — agree and have strongly condemned the legal action. Marketplace approached the British law firm handling the case on behalf of Kumlin, but no one from the firm responded to our request for comment.

Östlund believes the fact that she is being sued in the U.K. is significant. “The articles were written by Swedish journalists, for a Swedish publication, in Swedish, for Swedish readers. We feel that they’re suing us in London because they couldn’t have sued us in Sweden.”

The U.K. does seem to make life easier for the SLAPP-happy litigant.

If the defendant proves they’ve published the truth, the lawsuit will fail. But lawmaker Bob Seely is concerned about journalists and authors being put through the wringer, harassed and intimidated when the case against them has no merit at all. Speaking in Parliament, Seely named some of the lawyers representing oligarchs in defamation cases and then shamed them.

“They have no moral concept of what they’re doing, but are happy just to take vast sums of money that these people are willing to pay in order to prevent justice being done.”

U.S. Rep. Steve Cohen has stepped up the pressure on those British lawyers by calling for them to be banned from entering the United States.

The lawyers have all insisted they’ve acted within the law and done nothing wrong. But media lawyer Kean said it’s clear that while everyone must have the right to defend their reputation, the U.K. must no longer allow private litigation to hide the truth about subjects of public interest, like corruption and other wrongdoing.

“People need to discuss these things,” Kean said. “They shouldn’t be slapped down and people be afraid to debate them and air them and write stories about them because of our libel laws.”

Kean believes that a judge should intervene at an early stage of a defamation case — before the costs mount up — and decide whether the subject is sufficiently serious that it needs to be in the public domain. “If it is, then the libel case should be stopped,” she said.

The U.K. government has promised to take action against SLAPPs and is currently consulting all the interested parties. In a statement for Marketplace, the Law Society, one of the U.K.’s main bodies representing the legal profession, pledged its support for the “sensible” reform of defamation litigation.

“We welcome the government’s initiative to strengthen and clarify the rules surrounding this kind of lawsuit,” it said, while adding that it deplored “publicly naming lawyers and threatening them with punishments without due process.”