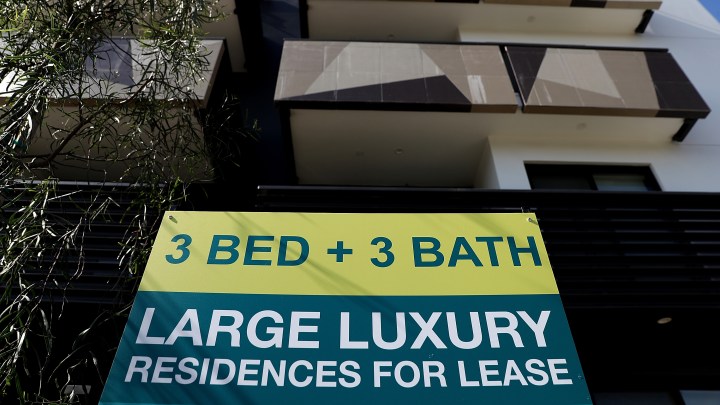 The number of people applying to colleges is up 6% from last year, according to the applications services organization Common App, meaning the college housing crunch is probably gonna get crunchier.

Sensing an opportunity, the investment firm Blackstone said this week that it’s buying American Campus Communities — the largest developer, owner and manager of student housing in the U.S. — for about $13 billion.

An investment in student housing could be seen as a bet that teenagers still want a classic college experience.

“Having that rite of passage, this is something that families really, really, really want to give their children,” said Robert Bronstein, president and co-founder of The Scion Group, a big owner and operator of off-campus student housing in the U.S.

Going to college is not just about getting a degree, he said. “They’re sending them to college campus for all the social and networking and other benefits that exist by living amongst 30,000 other 18- to 24-year-olds at really formative years.”

Student housing has historically been considered resilient, no matter what the economy’s doing.

“Many individuals, if they’re out of a job or if the economy kind of comes to the skids, people will go back to school or people will be demanding more education,” said Alan Peterson, an analyst at the real estate research firm Green Street.

Even during the pandemic, many people remained in student housing though they were going to class online.

“It was like FOMO took over,” Scion Group’s Bronstein said. “‘My parents want me to stay at home. But look on Instagram, everyone’s there.'”

And “there” can be pretty nice. According to Timothy S. Bradley, owner and founder of TSB Capital Advisors, which advised Blackstone on its purchase of American Campus Communities, there have been amenities wars between different buildings.

“Who could have the biggest pool, who has the pool on the rooftop, who has a fitness center looking at the pool, you know,” he said. “Tanning beds, saunas, computer rooms, study rooms.”

Bradley points out that another attraction of investing in student housing is that most of the time, parents are required to guarantee the rent.