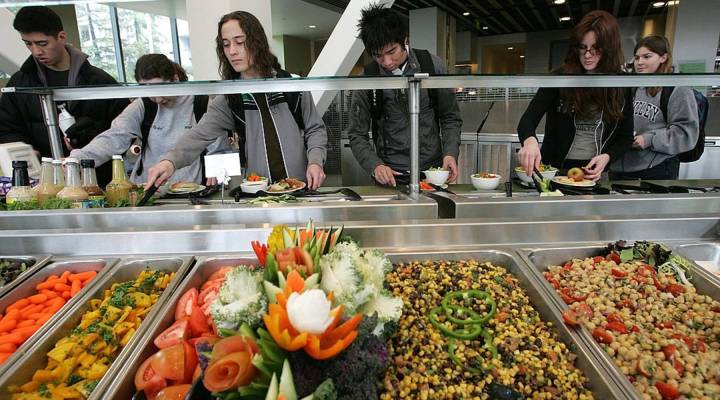 At the North Campus of Miami Dade College in Florida, more than half of the nearly 50,000 students live below the poverty line. About three years ago, the community college started a food pantry for students and their families. A counselor helps connect the students with other services, like tutoring and child care.

For decades, the college prided itself on providing academic supports to students, said Malou Harrison, president of the campus.

“But we also realized that a huge barrier to student persistence and success and the completion of their degrees and certificates also was grounded in life issues, if you will,” she said.

“One in three have such low levels of food security that they could be considered hungry,” said Sara Goldrick-Rab, founder of the HOPE Lab and professor of higher education policy at Temple University.

Half of the 33,000 students surveyed faced housing insecurity, and 14 percent were homeless.

“Even though they are resource-poor to begin with, they are going to have to take steps to start to address these needs if they want their students to succeed,” she said.

There is more pressure on all colleges for their students to succeed, from parents, accreditors and government officials. More states are moving toward performance-based funding for colleges, which ties public money to measures like graduation rates. According to the National Student Clearinghouse, only about 39 percent of community college students graduate within six years.