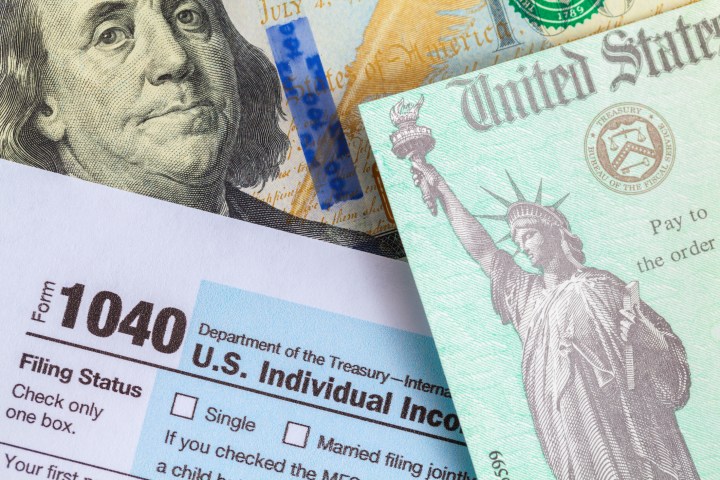 There may be penalties for not filing your taxes on time. Michael Burrell/Getty Images Plus

There may be penalties for not filing your taxes on time. Michael Burrell/Getty Images Plus

The deadline for filing your taxes has finally arrived.

The process of navigating tax season is changing, with the COVID-19 crisis and new laws expanding the benefits you can receive and influencing what you’ll have to report in the future.

“Record-keeping and filing taxes on time — even if you can’t pay — are probably the two most important messages that people should keep in mind,” said Christine Speidel, an associate professor at Villanova University’s law school and director of its federal tax clinic.

Here’s a look at some of the questions that may arise while preparing your federal taxes.

What happens if you don’t file your taxes on time?

The IRS will send you a Failure to File penalty notice if you owe money. The agency says this penalty is calculated based on how late you file and how much you owe in unpaid taxes, which amounts to 5% of the total for each month, or part of a month, that a return is late. The penalty caps out after five months.

You’ll also be hit with a Failure to Pay penalty by the deadline, which is 0.5% of unpaid taxes for each month, or part of a month, that you don’t pay.

“If after five months you still haven’t paid, the failure-to-file penalty will max out, but the failure-to-pay penalty continues until the tax is paid, up to 25%,” according to IRS rules. The IRS says it will also charge interest on penalties.

“Even if you can’t pay the whole amount, the IRS will always take your money, so you can divide up your bill into as many payments as you can. If you can only send a little bit now, send a little bit now,” Speidel said. “The late-filing penalty and the late-payment penalty are both calculated based on your balance due. So if you can chip away at that balance over the next few months, it will really help you on the penalties and interest.”

Some people are not required to file because they make less than a certain amount, which can vary based on age and marital status. (For single filers under age 65, the threshold is $12,550, while a married couple filing jointly has to make $25,100 to be obligated to file.)

There is also, usually, no penalty for failure to file if the government ends up owing you a refund. However, the IRS explains there are reasons you should file even if you’re not required to. If you’re owed a refund, you only have a finite period of time — three years — to file and claim it. You might qualify for certain benefits, like the child tax credit, and students and part-time workers may be eligible for a refund without realizing it.

If you need to, you can file for a deadline extension at no extra cost.

How do you file an extension?

You can request to extend your deadline to Oct. 17 through IRS Form 4868 by mailing it or sending it electronically via the IRS’ e-file service using your tax software or through a tax professional who uses e-file.

The IRS also has a list of companies it’s partnered with that will help you file a free extension, which is available here. They include TaxAct, FreeTaxUSA and FileYourTaxes.com

Although you can request an extension, you still need to pay any taxes you owe by April 18. “You should estimate and pay any owed taxes by your regular deadline to help avoid possible penalties,” according to the IRS website.

Can you still receive the third relief check if you didn’t get one?

Yep. The IRS is urging people to consider filing, even if they don’t normally file, to receive certain benefits, including that third check.

If you didn’t receive the check, also known as the economic impact payment, you may be able to claim a recovery rebate credit. These credits are worth up to $1,400 per person. If you had a child in 2021, you may also be eligible for this credit.

Can you still receive the child tax credit benefit?

You can also still receive the credit, which was distributed to parents in monthly payments from July to December of last year. While the deadline to sign up for it was in mid-November, you can still claim the full credit by filing your taxes — even if you do not earn an income. (You should have received these payments automatically if you already filed tax returns for 2019 or 2020 or signed up to receive a relief check.)

The IRS doled out advance payments of up to half the eligible amount last year, with taxpayers able to claim the remainder of the credit after filing their 2021 tax returns. Speidel said if you did receive money last year, you should look for letters and check your bank records to ensure you correctly report the amount you received.

“The child tax credit has been a difficult part of this filing season, I think, for many taxpayers and tax professionals. Most folks don’t recall the amount of advance payments they received with 100% accuracy,” Speidel said.

She explained that a common source of confusion has been the way the IRS has distributed letters to married couples who file jointly.

What are the new reporting requirements on transactions through apps like Venmo, PayPal, Cash App and Zelle?

Beginning this year, apps have to report transactions of $600 or more — a sharp drop from the previous reporting threshold of $20,000. Venmo’s FAQ explains that the rule applies to sales of goods and services but not payments from friends and family. However, you will have to report the earnings next year, during the 2023 tax season, not this year.

The IRS wants to be able to collect on that income because it’s easy for people to illegally underreport payments made in cash or through apps, according to Caroline Bruckner, managing director of the Kogod Tax Policy Center at American University, who discussed it in an interview with Marketplace’s Kristin Schwab.

She again emphasized that people should keep their records for longer than they think because of potential issues they may run into with this rule.

“We often have people come to us, and we’re trying to help them reconstruct records to show that maybe they were paid $5,000, but they had expenses they can claim against that money. For example, if it’s a small business seller,” Speidel said.

She pointed out that sometimes the IRS may erroneously treat certain transactions as taxable if they were made through these third-party companies.

The IRS is aware of these transactions through 1099-K forms, which platforms like GoFundMe provide after a certain amount of money is donated or a specific number of people donate. However, the GoFundMe website explains that “donations made to personal GoFundMe fundraisers are generally considered to be ‘personal gifts’ which, for the most part, are not taxed as income in the United States.”

Speidel said she recently had a client who was audited based on a GoFundMe 1099-K and had to prove the circumstances of her hardship.

If you received unemployment compensation in 2020, you were allowed to exclude up to $10,200 of it on your tax return last year. However, you can’t exclude this amount for 2021.

You can see other tax changes that might apply to you here.