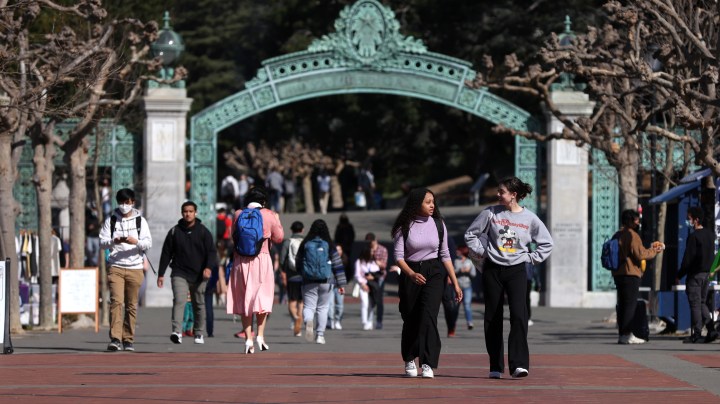 COPY
Students at the University of California, Berkeley. College students may be entitled to tax benefits and pandemic relief payments. Justin Sullivan/Getty Images

Last year, Mara Nicolaie, a freshman at the Pratt Institute in New York, filed her taxes and received a refund.

“I think I got, like, 50 bucks. So that was pretty nice. I wasn’t expecting anything.”

Like Nicolaie, lots of people don’t expect anything. But unlike Nicolaie, many don’t file. That means lots of Americans are missing out on money they’re entitled to. In fact, people are still due $1.5 billion from tax year 2018.

“It’s important to remember that because of the statutory limitations, that money goes back to the Treasury Department if people don’t file and claim those refunds,” said Anthony Burke, a public affairs specialist with the IRS.

It takes three tax years before that happens. Burke recommends people use the IRS’ free online filing service to get their refunds.

This year, students could be due additional money if no one’s claiming them as a dependent.

“About half of all students are independent. So they’re not actually what we think of as the 19-year-olds who are going off to school,” said Kim Rueben, the Sol Price fellow at the Tax Policy Center of the Urban Institute.

Those independent students can get $1,400 relief payments from the American Rescue Plan.

“They could claim that even if this is the first year that they’re independent from their parents,” Rueben said. College students may also be eligible for other credits, including the Lifetime Learning Credit and the American Opportunity Credit.

“They’re sensibly designed to make college more attainable, to make it so that students don’t have to live in poverty just to pay for their college expenses,” said Matthew Gardner, a senior fellow at the Institute on Taxation and Economic Policy.

Back at Pratt, 18-year-old Maria Montes is studying photography and plans to work in film.

“I grew up with not a lot of representation of people like me, brown. So I wish there was more of that,” said Montes, who identifies as Latina.

Her parents claim her as a dependent now, but as a professional, she knows she’ll have to get comfortable with responsibility for her own taxes. “I hope to work for myself and not depend on anybody,” she said.

Another reason to get familiar with the system: Students may owe taxes. If they used government Pell Grants for things like transportation or housing, that’s considered taxable income.

Clarification (April 15, 2022): This story has been updated to include details about statutory limitations on tax refunds.