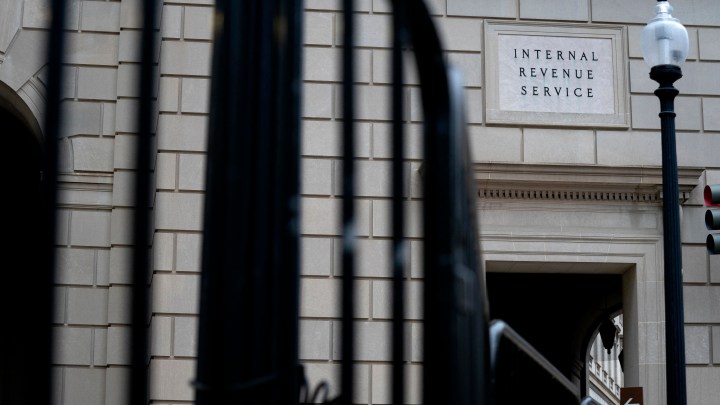 The IRS’s tax filing deadline — April 18 — is less than a month away. And this year, given a lot of the challenges facing the agency, things may not go smoothly.

A lot of us listen to music while we’re working, maybe classical or Top 40. Todd Simmens is a tax advisor at BDO USA and often has to call the IRS on behalf of his clients. “My daily music is IRS hold music,” Simmens said.

He gets to listen to the pleasant yet oppressive instrumental music on loop for hours every day.

“What can often happen is we’ll wait two, three hours to get somebody, and we’ll just get disconnected. Sometimes they call it a courtesy disconnect, believe it or not.”

By the way, there is a callback option … but it’s not always offered.

Because of understaffing, hold times at the IRS have gotten longer in recent years. In 2021, 9 out of 10 calls from taxpayers went unanswered. That can make it hard to file your taxes.

And this is just one of the IRS’s problems right now. Like the agency’s computer systems? They’re ancient, said Janet Holtzblatt, a senior fellow at the Tax Policy Center, a think tank.

“They rely in some cases on programming language that’s over half a century old,” she said. “And the IRS has for decades been trying to upgrade and modernize its computer systems, but funding for that has been at a very slow pace.”

Also, the IRS has a huge backlog of tax returns — in large part because of the pandemic. Some people still haven’t gotten their refunds from 2020. And yours could be delayed this year too, especially if you file on paper.

Fixing these problems, basically comes down to funding. “So, relative to last year, the IRS got an increase of $675 million,” Holtzblatt said.

Small potatoes, compared to the $80 billion the Biden administration had asked for over 10 years. And the IRS said more than 40% of the money will go toward cost of living increases for workers.