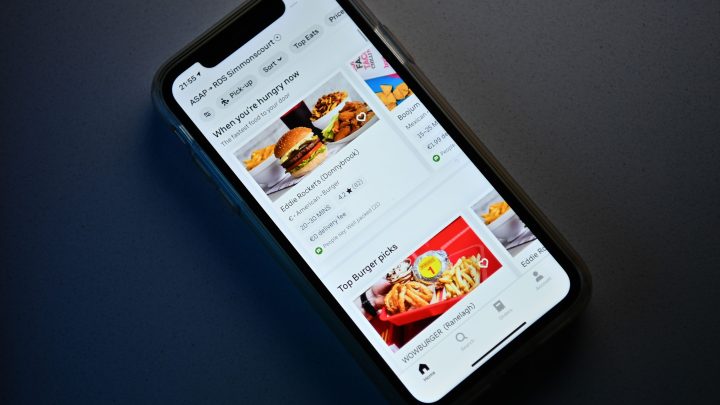 A few Democratic House members floated the idea of sending Americans gasoline stimulus checks Wednesday, about $100 per month to help offset the pain of rising prices at the pump. It’s won’t likely get traction, but it does reflect the increasing pressure that high gas prices are putting on politics and the economy.

Gas hit a national average high of $4.33 a gallon a couple weeks ago, according to AAA, but it’s dropped a few cents since then. In some places, like California, it’s still rising, topping $6 a gallon in Los Angeles County this week, which is putting the squeeze on ride-hailing and food delivery services after a turbulent couple years.

Anthony Arellano has bounced between ride-hail and food delivery apps in Los Angeles for the last few years, driving for whichever one gets him the most money. Recently, gas prices have become a big part of the equation.

“It’s definitely cut into my margins, like, I feel like at least a day’s worth of earnings is going just directly towards gas,” Arellano said. He recently switched to grocery delivery to cut down on his mileage. Now he’s looking for jobs that don’t require so much driving.

“To just find a place where I can just go to work and just only worry about commuting,” he said.

The apps have taken steps to mitigate some of the extra costs for drivers. Uber, Lyft and Instacart are charging consumers an extra 40 cents to 55 cents each ride, but that might not be enough according to Sergio Avedian with The Rideshare Guy blog.

“When headwinds like this show up, like the pandemic did or the gas prices now, people are not dumb anymore. They just quit,” Avedian said.

A Rideshare Guy survey earlier this month found rising gas prices had caused more than half of drivers to either cut back their hours or quit, which is bad for business.

Uber said the number of active drivers has held steady, but if gas prices stay high, they could threaten the industry, said Sam Abuelsamid, an analyst with Guidehouse Insights.

“It’s always been tricky to actually try to make money on this,” Abuelsamid said.

Uber and Lyft narrowly achieved operating profits for the first time last year, but it took raising prices for consumers. With people more comfy on transit and in restaurants now, Abuelsamid said there’s not a lot of wiggle room to raise prices again.