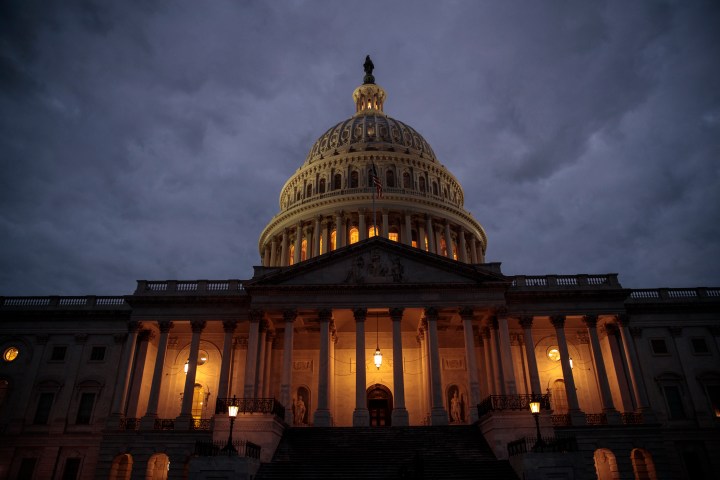 Dark money, or anonymous political donations funneled through corporations, nonprofit organizations and other groups, has become a dominant force in U.S. elections in the years since 2010, when the Supreme Court’s landmark Citizens United decision allowed the practice. But the ways that dark money operates is constantly in flux.

“It’s showing up in advocacy for particular pieces of legislation,” Marketplace’s Kimberly Adams said in an interview with Marketplace’s David Brancaccio. “But also, according to The Washington Post and others, dark money is being used to influence the courts — where groups with undisclosed donors may pay for ads or articles promoting, say, the confirmation of Supreme Court justices, or even against that confirmation.”

Adams spoke with Brancaccio about how dark money operates at the federal, state and local levels, and whether there are any signs the rules could change in the future. The following is an edited transcript of their conversation.

David Brancaccio:  Now we both learned this in college — define your terms. The dark money here is what?

Kimberly Adams:  It’s political spending where the source of money isn’t publicly disclosed. And it often has the veneer of disclosure — so maybe a political action committee tied to a particular candidate is spending money and disclosing its donors, but that list of donors includes nonprofits or nebulous LLCs or even shell companies that don’t have to disclose where they’re getting their money.

Brancaccio: Our documentary this month focused on how this dark money works at the state level, but how pervasive is this on the national level?

Adams:  It’s really everywhere. The New York Times recently did an investigation into dark money spending in the 2020 election, and reported that groups aligned with Democrats spent more than $1.5 billion in dark money and groups aligned with Republicans spent more than $900 million. Open Secrets, a watchdog group that’s now partnered with the follow the money group we saw featured in the documentary, tracks this pretty closely — or at least as much as they can. And they say that some of the biggest races attracting dark money recently were, of course, the 2020 presidential race, but also the very contentious Georgia Senate races, as well as Senate races in North Carolina, and, right on track with the film, Montana.

Brancaccio: Alright, so influential money of uncertain origin — could be wealthy individuals, could be labor unions, all sorts of things — we know it’s playing a role at the state and federal election level. Where else is this kind of money showing up?

Adams: It’s showing up in advocacy for particular pieces of legislation. So, for example, the Build Back Better agenda: you might see ads for or against it, and you don’t really know where that money is coming from. But also, according to The Washington Post and others, dark money is being used to influence the courts — where groups with undisclosed donors may pay for ads or articles promoting, say, the confirmation of Supreme Court justices, or even against that confirmation. And at the local level, it can often show up around issues related to education. There are accusations dark money is at work in things like a school privatization initiative in Michigan, school board races in Colorado, and even some of the coordinated anti-critical race theory protests and book bans we’re seeing around the country.

Brancaccio: Any sense laws or regulations around this issue are changing?

Adams: I mean, it’s not looking likely anytime soon. There was an effort in the Democrats’ voting rights bill to include pretty significant changes to campaign finance laws. It would have made more of these dark money groups required to disclose their donors. But that bill failed, and it’s not clear if that particular part of it, the DISCLOSE Act, could make it through on its own. At the state level, there have been recent attempts for campaign finance reform in Oregon, Virginia, and, of course, Montana, but they’ve mostly not been successful. And several states have actually adopted laws preventing government agencies from requiring additional disclosures from some of these groups.