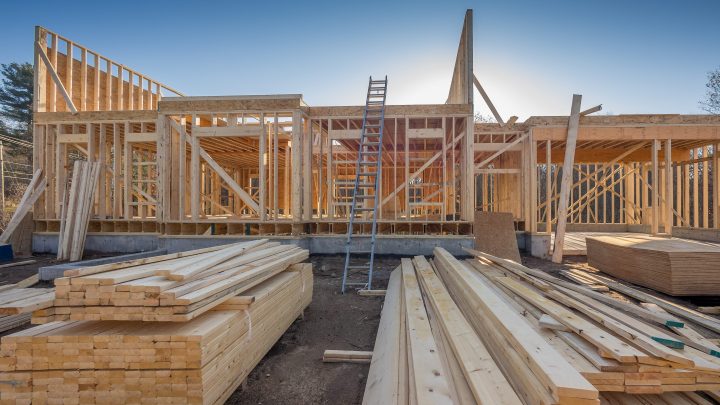 Depending on who you ask, the United States has a shortage of somewhere between 1 million and more than 5 million homes. And housing starts, or the breaking of ground on new residential construction, fell in January.

At first glance, a decline in home building is not a great start to the year. But one month does not a trend make. According to Rick Palacios Jr. with John Burns Real Estate Consulting, January was an abnormal month — not only was it colder and snowier than usual in many parts of the country, but omicron caused labor shortages.

“Upwards of 50% of the construction trades had absenteeism due to COVID omicron surge,” Palacios said. As that surge continues to wane and the weather warms, Palacios and other analysts expect building to pick up.

Will it be enough? Probably not.

At the National Association of Home Builders’ annual convention in Orlando last week, chief economist Robert Dietz briefed members on what he called the “crosswinds” holding the industry back: Mortgage rates which could slow down sales as homes become less affordable.

“The result is that we’re looking at about a 1% growth rate for 2022. And then roughly flat over the next two years, as higher interest rates produce something like what we saw during the second half of 2018,” he said. Thirty-year mortgage rates climbed to 5% in 2018.

“And we had a housing soft patch that followed, two to three quarters where a lot of housing data moved sideways,” Dietz said. Given how much higher home prices are today, he said, even 4% could have the same effect.

According to Freddie Mac today, the average rate on a 30-year fixed is just over 3.9%.