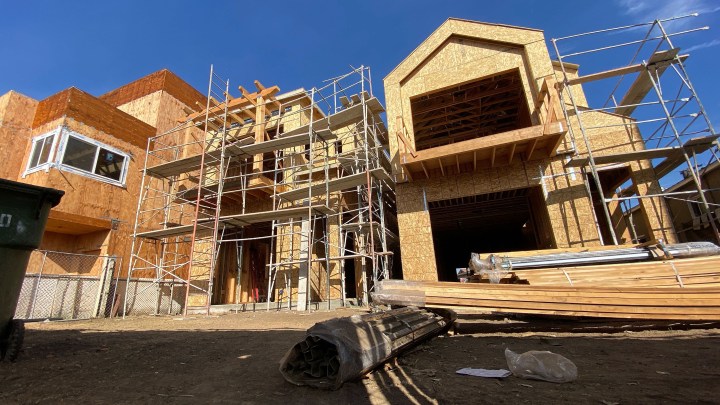 Total housing starts have been pretty strong in recent months, though starts of single-family homes fell in March and as the housing market faces increasingly strong headwinds, analysts expect to see a pullback in building starts and permits going forward.

“Builders expect home sales and the housing market in general to slow down,” said analyst Rose Quint, who said construction and borrowing costs are rising. “Interest rates hit from both ends. At the builder’s side it’s on acquisition, development and construction financing. And then on the buyer’s side obviously, on mortgages.”

“Daunting, crazy — you know, it’s been very difficult,” said Stephen Lock, who has bid on 8 homes in Richmond, Virginia, this year with his wife. For the last one, they waived inspection, offered well-above asking price, and “still weren’t even close to the final bid, not even in the running,” Lock said.

When it comes to their budget, Lock said “well you know that depends on the week, with the interest rates?”