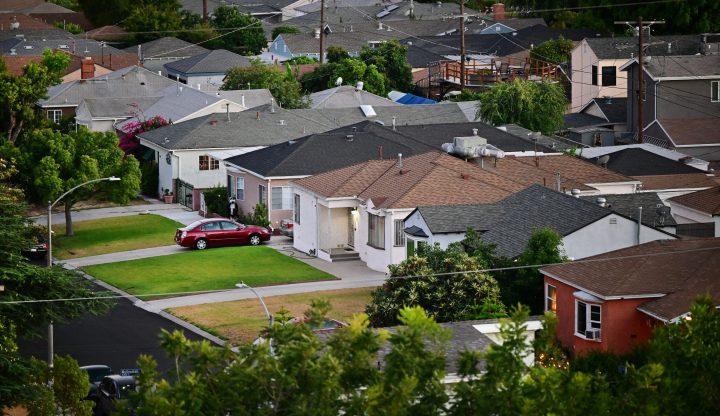 COPY
A shortage of housing is making home ownership unaffordable for millions of Americans with prices up more than 30% over the past few years and interest rates rising. FREDERIC J. BROWN/AFP via Getty Images

A shortage of housing is making home ownership unaffordable for millions of Americans with prices up more than 30% over the past few years and interest rates rising. FREDERIC J. BROWN/AFP via Getty Images
Listen Now

Yesterday we got a pretty downbeat report on homebuilder sentiment for July. The overall trend in recent months has been down, indicating just how much the Fed’s aggressive interest-rate hiking — designed to squelch consumer demand and fight inflation — is cooling off the housing market.

Everett Burns is 24, lives in Queens, New York, and owns his own marketing business.

He and his girlfriend were looking to buy their first home after seeing their rent double in the past few years. But “interest rates going up was really like the nail in the coffin of, like: ‘This needs to go on the back burner,’” said Burns.

Mortgage rates are up about 70% since January, and home prices are up more than 20% year-over-year.

Meanwhile, construction costs have soared, and builder sentiment is down in the dumps, said Robert Dietz at the National Association of Home Builders.

I asked him: Are we already in a housing market recession?

Dietz points out that with fewer people in the market to buy, there will be less upward pressure on home prices, and they may even fall in some markets.

Everett Burns has heard about this possibility.

“I really do see prices for housing coming down — if we have as bad of a recession as some people are predicting,” he said.

But he doesn’t think they’ll come down enough to make a starter home affordable any time soon.