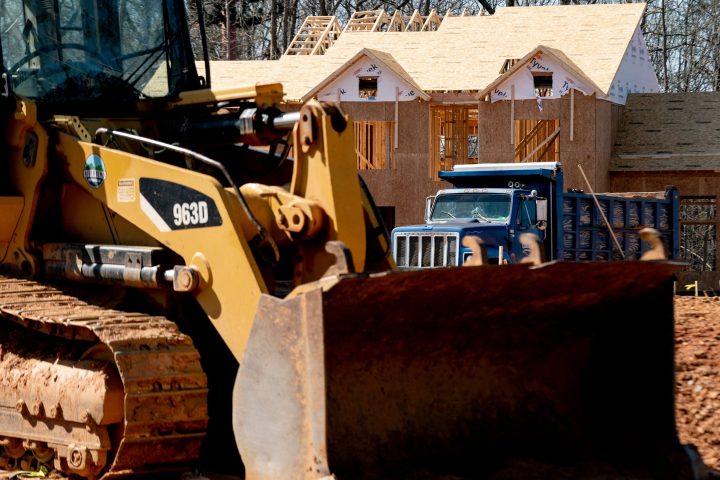 COPY
Fewer people are willing to commit to buying a new home that’s still under construction, says Lawrence Yun at the National Association of Realtors. Stefani Reynolds/AFP via Getty Images

Construction on new single-family homes, or housing starts, fell about 10% in July.

Month to month, this data can be pretty volatile. But this is the third month in a row that new construction has slowed.

The slowdown in new home construction is another sign that the housing market is cooling.

With home prices and mortgage rates both high, “housing affordability has plunged to the lowest levels that we’ve seen since the late 1980s,” said Gregory Daco, chief economist at EY-Parthenon. “That has led to a pullback in homebuying activity. And, with a bit of a lag, we’re starting to see homebuilding activity starting to fade.”

Fewer people are willing to commit to buying a new home that’s still under construction, said Lawrence Yun at the National Association of Realtors.

“Builders are becoming very cautious, because they are seeing rising inventory.”

In the short term, Daniel McCue at Harvard’s Joint Center for Housing Studies said this could be a good thing for some buyers, “because builders will have to lower prices in the face of this declining demand.”

But long term, he said if there’s not a significant increase in the number of homes being built, home prices, which are now at record highs, will just keep rising.