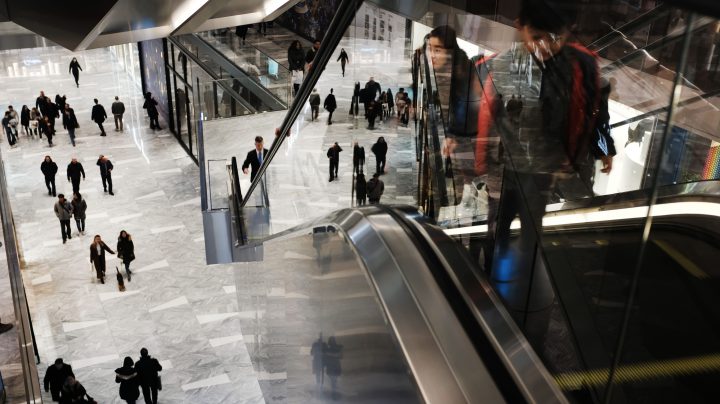 COPY
People are eager to shop, despite inflation and gloomy views of the economy. Spencer Platt/Getty Images

People are eager to shop, despite inflation and gloomy views of the economy. Spencer Platt/Getty Images
Listen Now

The latest data on retail sales for January, out Wednesday, shows that people are spending a lot on a wide range of things. The increase was 3.8% month over month, the biggest gain since March. But the number is not adjusted for inflation, so does it mean we are buying more, or just paying more?

Recent surveys show that Americans are pretty down on the economy right now. But according to PNC Chief Economist Gus Faucher, the spending data tells the real story on sentiment.

Inflation did play a role in retail sales data, but how much? “What you find is we got an actual jump in sales, even once one takes into account rising prices,” Joe Brusuelas, chief economist at RSM said.

E-commerce sales were up by 15% in January, and inflation hasn’t reached anywhere near that level.

Brusuelas called this environment boomflation. “The U.S. economy is booming, as it reflates following the shock of the pandemic,” he said, even though inflation is sticking around for now.

“The Fed probably has to [raise interest rates] faster than it was planning to, to cool down demand and cool down inflation,” Guatieri said.

The signs now point to the central bank taking a more aggressive approach to rate policy starting next month.