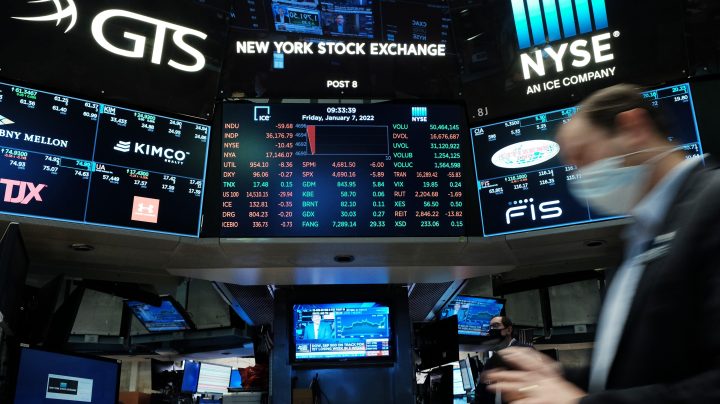 COPY
The 10 year T-note is nearly back to pre-pandemic numbers. Spencer Platt/Getty Images

Some key economic indicators, like the unemployment rate, are not yet back to pre-pandemic levels. One crossed that threshold on Friday: The interest rate on the 10-year Treasury note closed in on 2%, where it hadn’t been since late 2019.

The rising 10-year Treasury yield shows that the economy is improving. But, according to Winnie Cisar, global head of strategy at CreditSights, improvement comes with side effects.

“And when you look at those averaging out over time, they will come very close to, if not equal, the yield on the 10-year treasury,” said Jim Vogel, debt strategist at FHN Financial Capital Markets.

According to Vogel, the higher rate also reflects a bet that economic growth will continue.

“People are looking at potential growth over the next couple of years. And, if anything, they see it going higher, rather than lower,” he said.

According to Kathy Jones, chief fixed income strategist at Charles Schwab (a Marketplace underwriter), even though the 10-year yield is rising, it is still only around 2%. That means the market doesn’t expect inflation to last forever.

“If the collective wisdom of the market were that inflation was going to stay at 5%, 6%, 7% for 10 years, those 10-year yields would be much, much higher,” Jones said.

These are all educated guesses, Jones said; the interest rate on the 10-year T-Note can only give a wide-angle view of where the economy’s headed.

“It may not tell you much about what any individuals’ prospects are, or even collectively, much beyond that the expectations are for growth in the economy in very broad and general terms,” she said.

If fiscal or monetary policy changes, the 10-year interest rate could change, too, Jones said.