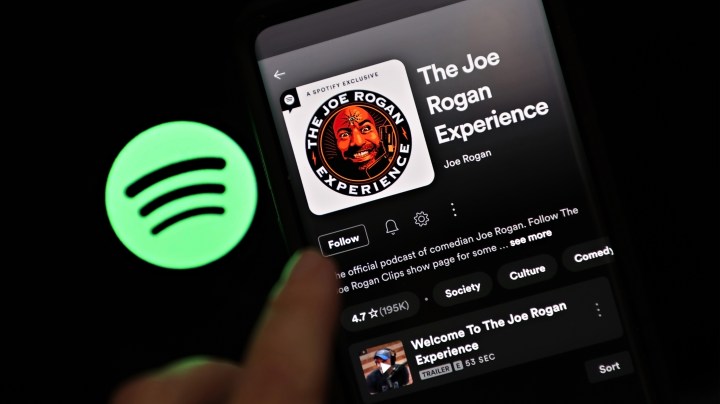 Spotify CEO Daniel Ek said host Joe Rogan’s hit podcast will remain on the platform, but he apologized to his employees in an internal letter shared with The Wall Street Journal on Sunday night.

The apology came after a fresh uproar over the weekend about Rogan’s use of the N-word on several shows and after artists like Neil Young and Joni Mitchell pulled their music from the streaming service over concerns about COVID-19 misinformation.

Ek wrote that Rogan’s comments in no way represented the values of the company. While Spotify has steadily refused to cancel Rogan, the company has good reason to worry about how employees will react.

That the company apologized to staff instead of making a broader public statement was intentional, according to Columbia Business School professor Adam Galinsky.

“Spotify is much more worried about employees leaving than subscribers leaving,” he said.

Spotify might not have a whole lot of competition as a product, but as an employer of tech workers? “This is an opportunity for organizations that want to steal these people to offer them a better alternative,” Galinsky said.

To many, a better alternative would be a workplace that reflects their values. That’s somewhat new, said Brian Kropp, who heads human resources research at consulting firm Gartner.

“Employees used to say, ‘That’s the company I happen to work for. And if they happen to do good or bad things, that’s about the company, not about me,'” Kropp said.

Now, though, Gartner research finds that 70% of workers want their employer to take a stand on social or political issues — or at least explain its decisions, Kropp said.

“They’re dramatically less likely to get so frustrated with you that they quit or tell their friends not to work there or complain to customers or whatever it might be.”

Kropp said the pandemic has driven more people to find greater meaning in their work. It’s also pushed more companies to brand themselves as socially responsible, per Daniel Korschun, a marketing professor at Drexel University.

Especially when there’s a conflict between what some consumers want in, say, a hit podcast versus what employees want.