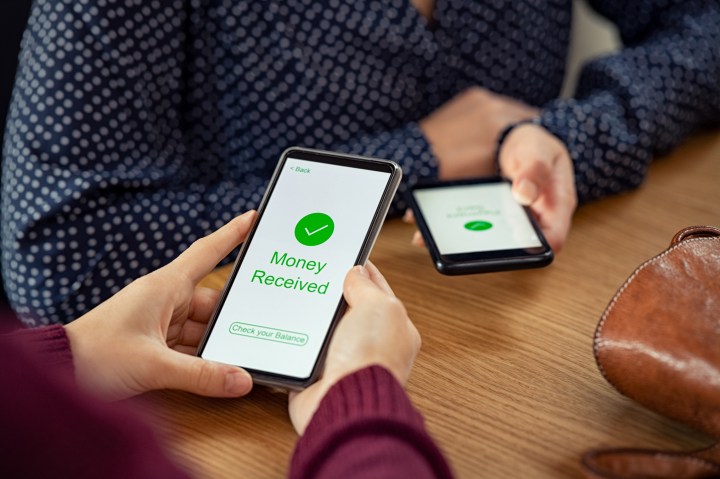 Transfer times between your accounts can depend on when you're sending your money, your "risk profile" and which financial services you're using. Ridofranz/Getty Images
I've Always Wondered ...

Transfer times between your accounts can depend on when you're sending your money, your "risk profile" and which financial services you're using. Ridofranz/Getty Images

I’ve decided to sign up for a prepaid debit card as a budgeting tool. I chose this particular card from a major online company because they don’t charge many fees. The main downside is it takes at least 4 days to transfer money from my bank account to the card. The money leaves my bank on day 1, but doesn’t show up in my prepaid account until day 4 or 5. I imagine this is a thing with other similar services too. My question is two in one: where is this limbo place that my money goes to and what is it doing while it’s there?

Unlike a physical package that you can track en route to its destination, online financial transfers happen behind the scenes. Transfer times can depend on which financial service or bank you’re using and when you’re sending funds.

Many banks and financial tech companies, like Bank of America, JPMorgan Chase and PayPal, use what’s called an automated clearing house, or ACH, network for transfers.

Kevin Olsen, an expert on payment systems known as the Payments Professor, said there’s a clearing and settlement process that takes place at different levels with ACH transfers. While the process can vary, an ACH transfer could work like this:

Say you send some money to a friend using a payment app. First, there might be a clearing and settlement process within your own bank, where “they take the money out of your account and they put it into their general ledger account,” Olsen said.

Then an ACH operator like the Federal Reserve receives the funds, along with those for other transaction requests, sorts them and passes them along to their final destination — like your friend’s bank account. The process can take about a day.

“The money’s constantly moving around. That settlement and clearing process is what really slows this down,” Olsen said.

NerdWallet explained that while a wire transfer is processed in real time, “ACH transfers are processed by a network operator in batches only seven times a day.”

What can cause delays

The amount of time it takes to transfer funds may depend on the customer’s risk profile — being a new customer or transferring a large amount of money could contribute to delays, explained Mary Wisniewski, a Bankrate.com analyst.

If a customer, for example, has a history of being overdrawn, the financial institution may delay releasing those funds, Olsen said.

Some other factors accounting for delays include whether transfers are taking place close to the weekends or a holiday, Wisniewski said. Payments are not settled during those periods because that is when the Federal Reserve is closed, according to the National Automated Clearing House Association, or Nacha.

A faster way to send payments

NerdWallet points out that while Nacha lets banks process same-day payments, banks are allowed to charge you for speeding up a payment.

Wisniewski said the savings app Digit, for example, will let you move money more quickly. For 99 cents, you can move funds from your savings account into your checking account within 30 minutes.

And Venmo, which is owned by PayPal, offers instant transfers for a 1.5% fee, or a minimum of 25 cents and a maximum of $15. Instant transfers are done through networks other than ACH, which is why they’re processed more quickly, PayPal’s site explains.

Politicians, like Sen. Elizabeth Warren and Rep. Ayanna Pressley, Democrats from Massachusetts, have pushed for faster financial transaction times, noting that it can take days for someone’s paycheck to clear after being deposited.

In 2019, they introduced legislation that would require the Fed to build its own system. The Federal Reserve has announced it is creating a faster service, and will launch FedNow in 2023, which will allow people to send payments through their banks instantaneously.

Olsen thinks in time, all banks and credit unions will use it.