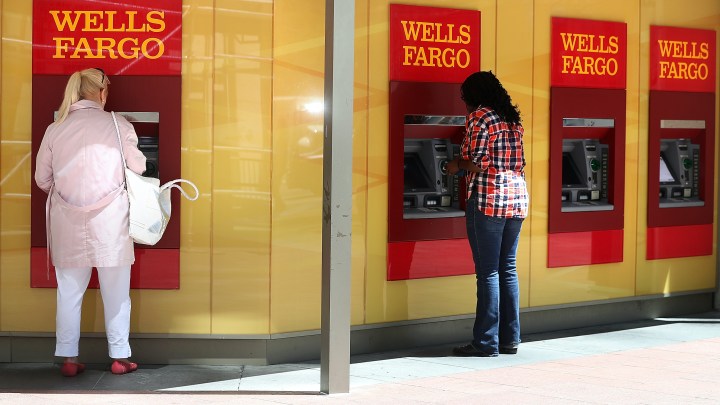 COPY
There are plenty of reasons why disadvantaged communities might avoid the banking system, but one benefit is the ability to deposit relief money. Justin Sullivan/Getty Images

There are plenty of reasons why disadvantaged communities might avoid the banking system, but one benefit is the ability to deposit relief money. Justin Sullivan/Getty Images
Listen Now

People who don’t have a checking or savings account at a bank or credit union are known as the “unbanked.” Over 7 million Americans fall into that category, according to the Federal Deposit Insurance Corp. They don’t have access to the services that bank accounts provide, among them, a place to deposit federal relief payments. So the FDIC has launched a public campaign aimed at convincing them to open bank accounts.

People who are unbanked tend to have lower incomes, more volatile incomes and less education.

Leonard Chanin, deputy to the chairman of the FDIC, said 2.5% of white households are unbanked. “And that’s in contrast to about 14% of African American households, and about 12% of Hispanic households who are unbanked.”

There are plenty of reasons why disadvantaged communities might avoid the banking system.

“You may have immigrant communities, where people come from countries where they can’t trust the banking system like you can in the U.S.,” said Robert James II, the chairman of the National Bankers Association, which represents minority lenders.

“You may have situations in the U.S. where people come from communities that have historically been underserved or been preyed upon by the banking system,” James said.

Some minority-owned lenders have been trying to overcome that historical hesitation. Optus Bank, a black-owned lender in South Carolina, offers a checking account with no minimum opening balance and no fee if users keep at least $100 in it.

Through its campaign, the FDIC is trying to let unbanked people know all of the advantages of opening a bank account.

Plus, he said you have access to funds right away to transfer or pay bills.