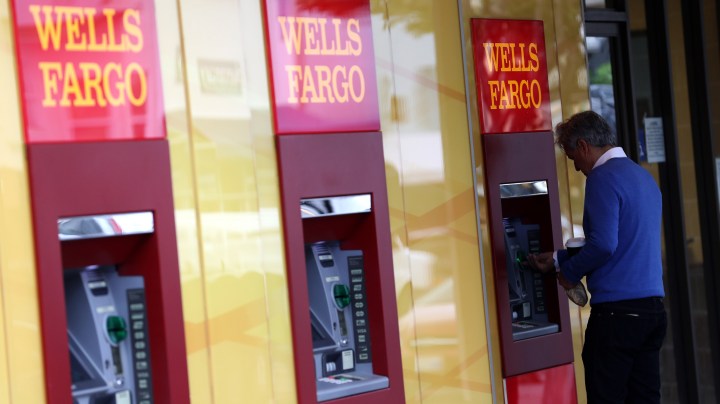 The way we move money around in the U.S. is slow by global standards. Write someone a check or send them an ACH transfer through your bank, and it can take well over a day for the cash to show up in the recipient’s bank account.

While that might not be a big deal when you’re paying your roommate for rent, small businesses have to factor that delay into their everyday decisions.

Part of the problem: running a small business often means having to rely on some pretty ancient forms of payment.

“There’s four different checkbooks in here that I carry on my person all the time,” said Emmeline Zhao, general manager of the New York City-based restaurant Little Tong. “Half my week is sometimes spent just running between the different locations of our restaurant writing checks to people.”

Besides cash, Zhao said many of her suppliers only accept checks or bank transfers, which can take days to process. Some suppliers sometimes just won’t show up if the money hasn’t landed in their account.

“That could mean that you’ve run out of all of your beer and you can’t serve any beer for four days,” Zhao said.

Payments have to be cleared by clearinghouses to make sure the transactions are secure and legitimate. For ACH transfers, that job is done by the Federal Reserve and The Clearing House, a company that processes $2 trillion worth of transfers per day.

“Anything but cash has some sort of process to go through,” said Peter Davey, head of product innovation at The Clearing House.

While the process has sped up in recent years, Davey said the current system still takes a while, partly because the company has to process payments in big batches during select times of the day.

But The Clearing House is now pushing a new service, called Real-Time Payments, where transactions clear instantly, on any day and at any time.

So far, fifteen banks use the service, including Chase and Wells Fargo. Banks pay the Clearing House a flat rate.

But Harder says for instant payments to start really catching on, it’s going to come down to the products that are built on top of the system itself.

There are a few consumer products that use the technology, such as the savings app Digit. It uses Chase’s access to the RTP network to let customers instantly move money to a checking account.

But Harder said businesses don’t have many ways to use the service yet.

Bruce Summers, a former Fed official who now teaches at Virginia Military Institute, said The Clearing House’s RTP network doesn’t have any competition at the moment.

“The better alternative is for the network of Federal Reserve banks to be active competitors with other clearinghouses,” Summers said.

The Fed has been studying this, but so far hasn’t confirmed any plans to launch an instant payment network of its own. Meanwhile, The Clearing House is hoping all banks will have access to the network by next year.