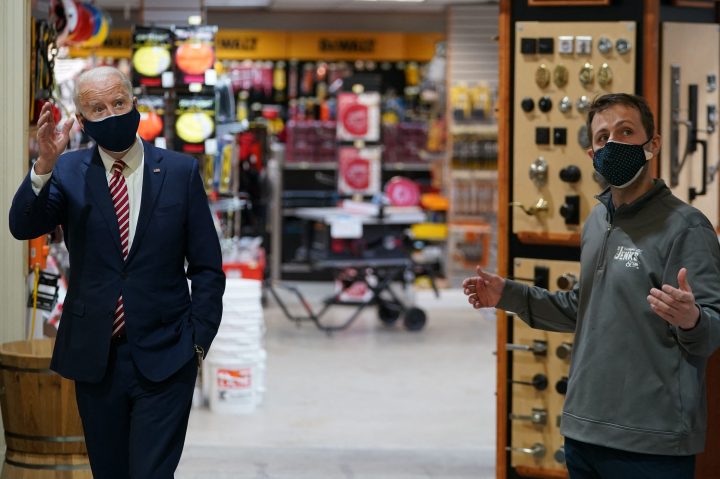 The Paycheck Protection Program, also referred to as PPP, was created as part of the 2020 CARES Act. It was an emergency federal loan initiative designed to shore up America’s struggling small businesses early in the pandemic. In total, around $800 billion in loans were allocated during the program. A recent working paper took a deep dive into where that money landed.

Marketplace’s senior economics contributor, Chris Farrell, argues the results highlight a much bigger challenge for policymakers. “Marketplace Morning Report” host David Brancaccio spoke with Farrell about the study. The following is an edited transcript of their conversation.

David Brancaccio: Now, in fairness, this paycheck protection system was started very fast to meet a clear and present crisis.

Chris Farrell: Yes, it was, because remember how bad it was during the early months of COVID. And small businesses were failing. And what the scholars found, the 10 scholars, is they found that the PPP did save some jobs, and it did lower the number of small business closures. But the majority of those loan dollars in 2020 didn’t go to prop up employment, David. Most of the money flowed to business owners and shareholders. For example, they note that three-quarters of PPP benefits went to those in the top fifth of household incomes. Now, to be fair, the program was established at warp speed during the pandemic. But the beneficiaries, or at least many of the beneficiaries, weren’t the tiny neighborhood business, the corner bodega, that many of us thought the program would rescue.

Brancaccio: But I want to understand this, Chris, where did this start to fall apart? Was it the design? Or did they muff the execution?

Farrell: Well, it was put together so quickly, David, that it was poorly targeted. And the scholars say, look, there’s a defensible trade-off considering how bad the situation was early in the pandemic. But here’s the thing, David, they really do like the idea. They think it’s a good idea. What they’re calling for is an investment in the kind of administrative infrastructure and program design that would do a better job before the next pandemic. Boy, that’s a chilling term, isn’t it? Or some other large-scale economic emergency. And what I want to highlight here, David is that this study is yet one more piece of evidence that calls for investing more in government’s administrative capacity and productivity. And we knew this well before the pandemic. More than a decade ago, economist Jeffrey Sachs, he observed that the U.S. is in a crisis of policy implementation.

Brancaccio: Yeah, it’s not just PPP, right? How about a well-functioning unemployment benefits system? I mean we were covering that every other day.

Farrell: I mean, that’s just a great example. I mean, remember, Connecticut had a large backlog of claims because its computer system was at least 40 years old, and the IRS is underfunded. And a recent report from the Taxpayer Advocate Service, that’s an independent watchdog within the IRS, says the outlook for the upcoming filing season is bleak. I mean, just what we needed. So just as in the private sector, investing in better systems, administrative capacity, this infrastructure is critical to improving the experience citizens have with their government.

Brancaccio: I mean, what are the prospects we could do that make it more nimble and efficient and have government infrastructure come off a little more like Google or Oracle or Salesforce?

Farrell: Your skepticism that’s in the tone of your voice is legitimate. But remember, back in the early 1990s, there was that movement to reinvent government, and in many respects, the movement notched some significant gains, especially on the local government level. So right now, a major headwind with the U.S. economy is that the federal government and its agencies aren’t productive enough. So investing more in administrative infrastructure would make a real difference to citizens.