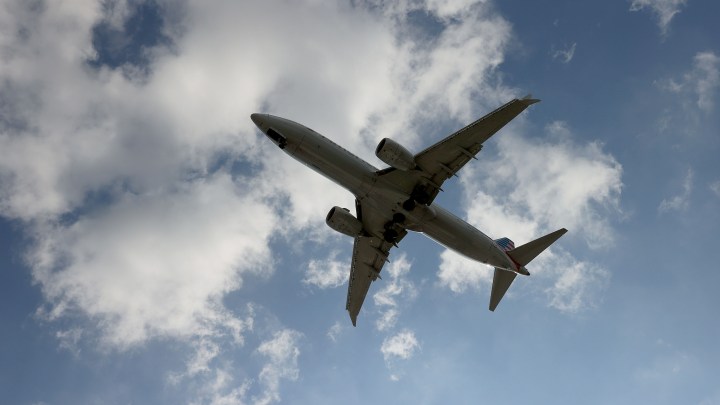 The 5G tug of war continues between the airlines and wireless carriers.

AT&T and Verizon were set to roll out the latest stage in their 5G service Tuesday, and they’re using what’s known as the C-Band spectrum.

Airlines maintain that that could interfere with aviation equipment, like altimeters, which measure a plane’s altitude. The airlines have also warned that this week’s rollout would cause hundreds of flights to be canceled, diverted or delayed.

In response, AT&T and Verizon agreed Tuesday to limit their 5G networks around airports. The carriers and airlines have been fighting about the 5G rollout for years.

So what’s this going to look like, say, six months from now?

Picture it now: July 18, 2022. It’s the height of the summer travel season, and airlines and wireless carriers still aren’t playing nicely over 5G.

“It’s not going to be fully rolled out, and it’s not going to be rolled out universally,” said Todd Curtis, a former safety engineer at Boeing, who started the website AirSafe.com. He said airlines might have to change planes’ electronics and software to make them compatible with 5G.

“But that’s not something that can be done instantly. It’s not like a software upload on a Tesla or something,” Curtis said.

And airlines are very conservative and cautious about safety. That could lead to a clash in court and cause even more delays in the rollout, according to University of Michigan aerospace engineering professor Ella Atkins. Airlines might sue, she said, if they think they can prove flight disruptions were caused by the 5G rollout.

“So every time you cause a plane to not fly because of something like an interference problem or you cause it to divert to an alternate airport, that’s really expensive,” Atkins said.

Nobody wants to be sued, which is why we could still see buffer zones, where’s there’s no 5G service, around airports in six months. So, if you’re flying this summer, your phone might be a little sluggish, said Joe Kane with the Information Technology and Innovation Foundation.

“You could end up with a situation where you have 4G while you’re sitting in the airport or on the runway that’s going to be slower than the 5G you experienced at home and maybe even as you’re driving to the airport,” Kane said.

We might see a progressive rollback of the airport buffer zones, Kane added, with 5G towers around airports gradually turned on after more testing to resolve any interference with planes.