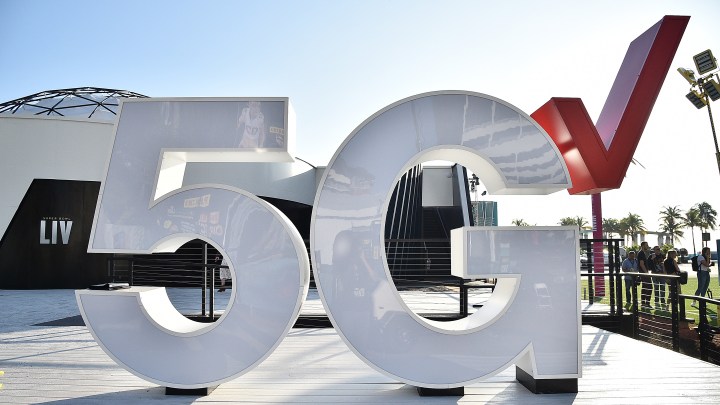 For the long-awaited fifth generation of wireless, or 5G, a number of positive signals from industry and consumers are beginning to converge, beginning with a red-hot auction for wireless airwaves.

At the Federal Communications Commission, which is auctioning off wireless spectrum frequencies for 5G use, bidding from industry titans including Verizon, AT&T and Dish contributed to a record-setting auction worth more than $80 billion so far.

The airwaves on the auction block include frequencies in what’s called the mid-band range, allowing 5G signals to travel fast and far.

“If you want to be on the seafront with the best view, you’ve got to pay for it,” Neil Mawston, analyst at Strategy Analytics, said.

“You need fast 5G networks,” he said, “you need fast devices, like you’re seeing from Apple. And you need compelling apps, things like TikTok.”

There is concern the carriers will get financially overstretched, but the 5G mood is mostly optimistic. The new iPhone 12, released in October, became the world’s best-selling 5G smartphone in just two weeks. And smartphone suppliers, including semiconductor and capacitor companies, are raising their revenue outlooks due to strong demand.

That’s because consumers are finally buying into 5G, right? Maybe.

“This is between you and me and your listeners: 5G is not driving anything right now,” said John Strand, an analyst at Strand Consult. He noted that many consumers don’t know exactly what the fifth generation will mean.

“But basically you say it’s better to be safe than sorry,” Strand said. “You feel like an idiot if you don’t buy a 5G phone, if you don’t have a 5G phone.”

Whatever the motivation, 5G devices are moving. By some estimates, half a billion 5G phones will sell worldwide in 2021.