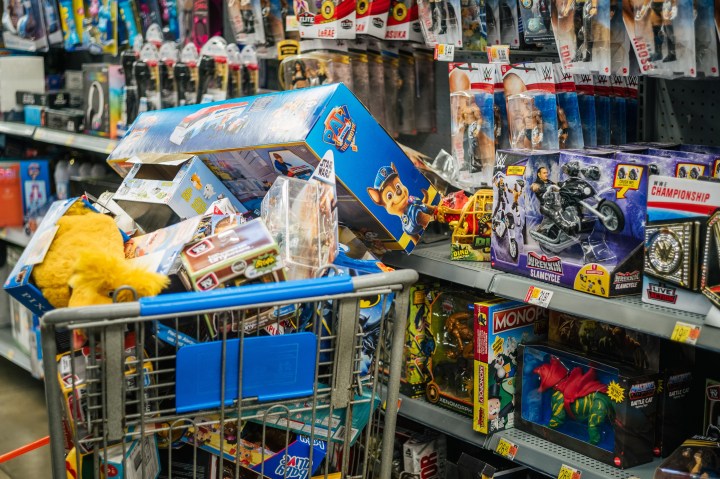 Layaway has become a relic of retail's past. Brandon Bell/Getty Images

Layaway has become a relic of retail's past. Brandon Bell/Getty Images

Ahead of the 2021 shopping season, Walmart removed its layaway program, one of the last vestiges of this service from a major retailer, and replaced it with the “buy now, pay later” service Affirm.

Layaway allowed customers to pay a deposit on an item that would be “laid away” or put into safekeeping by the retailer, and later pick it up once they fully paid for it. But as other payment methods have taken its place over the years, retailers have removed the option.

BNPL services such as Affirm now allow customers to take the item home immediately, with the stipulation that they make a series of payments. Affirm has three-, six- and 12-month payment plans, while the service Klarna has a monthly option. The catch is customers usually also have to pay interest, which can range between 0% and 30%.

Cliff Robb, an associate professor of consumer science at the University of Wisconsin-Madison, said that although layaway is no longer used often, it did allow customers to purchase items without having their credit impacted.

“These newer technologies can introduce negative credit impacts that people may not be aware of if they haven’t really read the fine print and the agreements,” Robb said.

Walmart’s decision sparked backlash from consumers who said that layaway is helpful for low-income families trying to buy gifts for their families.

Nilton Porto, an associate professor of personal finance at the University of Rhode Island, said the removal of layaway isn’t a surprise. He said the rise of technology has enabled companies to more easily provide customers with small-dollar loans (an option traditional banks typically don’t offer, in part due to worries about future regulatory action).

He noted that Walmart also may have considered employee schedules when dispensing with the program, given the amount of time it would take to handle purchases.

Robb explained that layaway rose in popularity during the Great Depression, and became a common option for those who were struggling financially.  But eventually, Robb explained, credit cards supplanted the need for it. Robb said it’s a “dying approach to retail sales,” although there are still some other retailers, like Burlington Coat Factory, that still provide the option.

He noted that this isn’t the first time Walmart has discontinued layaway, getting rid of the service in 2006 before bringing it back in the aftermath of the Great Recession when families were struggling.

Buying the items you want in small installments — which once seemed like the domain of infomercials —has become a popular feature of the retail shopping experience. Multiple major retailers, including Target, Amazon and Neiman Marcus, allow customers to make payments using this method. On Cyber Monday, revenue through these platforms rose more than 20% year-over-year, according to a report from Adobe Analytics.

But their growing popularity has also led to increased scrutiny. The Consumer Financial Protection Bureau, which recently opened a probe into these services, expressed concern about the debt consumers may accumulate through these services and the data that these companies are harvesting from their users.

“Buy now, pay later is the new version of the old layaway plan, but with modern, faster twists where the consumer gets the product immediately but gets the debt immediately too,” said CFPB Director Rohit Chopra in a press release. “We have ordered Affirm, Afterpay, Klarna, PayPal, and Zip to submit information so that we can report to the public about industry practices and risks.”

In response to the CFPB probe, a Klarna spokesperson said over email: “We believe proportionate regulation is a good thing and set the standard by providing consumers with an interest free, fair and sustainable alternative to credit cards. Through this process, we believe those benefits will be made abundantly clear and will continue our work with regulators to inform them about how our products are structured, used, and benefit both consumers and retailers.

We want to share data with credit bureaus to help all providers make better lending decisions, and ensure the financial safety and protection of consumers. However, credit reporting needs to be improved and credit bureaus need to update their systems to accept our data. This increased visibility will help providers protect those who are unable to pay and benefit customers who do repay on time and in full with improved credit scores.”

And an Affirm spokesperson said: “We welcome the CFPB’s review and support regulatory efforts that benefit consumers and promote transparency within our industry. For nearly a decade, Affirm has been advancing its mission to deliver honest financial products that improve lives, and we have never charged a late or hidden fee, ever. We will continue to engage with all of our stakeholders, including regulators, to support efforts that advance our mission.”

Robb noted that because these services are not not explicitly called a form of credit, it helps these companies target the services to younger consumers who are credit-card averse. Joel Rampoldt, a managing director at AlixPartners, told Marketplace’s Kristin Schwab that Millennials and Gen Zers are the biggest users.

And, he added, they may especially be overwhelmed if they used multiple versions of these apps — there’s no mechanism in place stopping them.

Robb said he thinks we’ll continue to see consumers use these options, which he thinks need oversight.

“Consumers need to be aware of what they’re getting into,” he said.