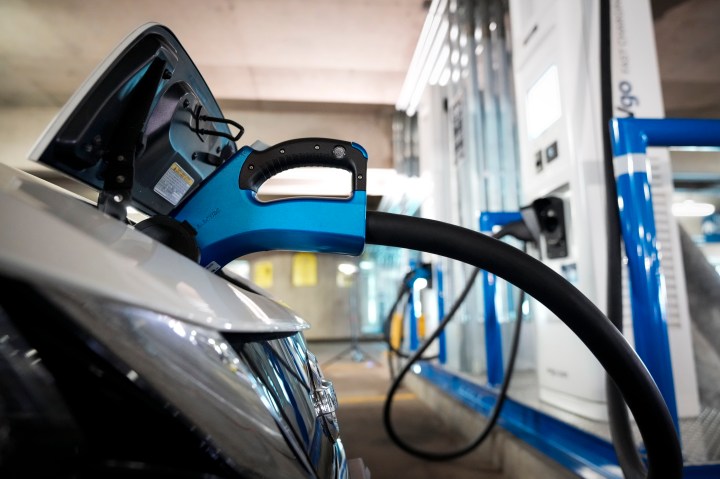 This week, the Biden administration announced a series of steps it’s taking to build 500,000 electric vehicle charging stations by 2030. Those steps include setting up a new joint office to help manage the rollout, as well as gathering information from local governments and community groups. So, what’s the best way to ensure people will actually use the charging stations, once they’re installed?

Not everybody needs to use the same kind of charging station, said MIT professor Jessika Trancik. She said a station near someone’s home or job could be a cheaper, low-power station.

But if a station’s near a highway, where people are traveling long distances and need a quick charge?

“Then you really want to go for higher power chargers, which can cost 10 times more,” she said.

Trancik said one goal is to make sure the government’s investment goes as far as it can. Another is to make driving an electric vehicle more convenient.

“You know, that’s really how you get to these targets, like a 50% adoption of electric vehicles,” she said.

The Biden administration says one focus will be deploying charging stations in rural and low-income communities.

“We need to make sure that all of these groups will get the same service,” he said, adding that an equitable charging network will be important as electric vehicles become more affordable.