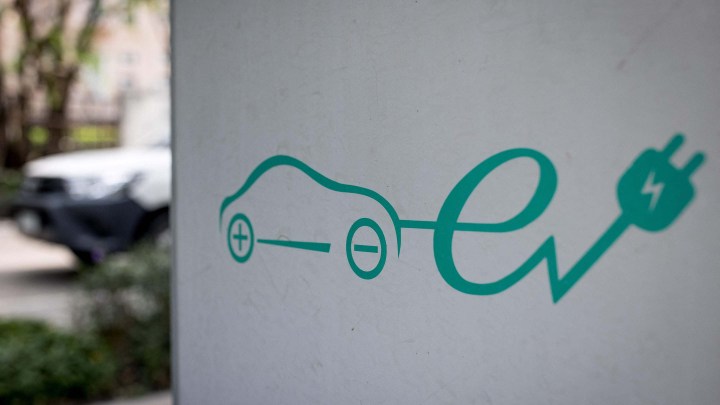 COPY
Lack of access to chargers is one of the top barriers to electric vehicle adoption, said analyst Sam Abuelsamid at Guidehouse Insights. Jack Taylor/AFP via Getty Images

Lack of access to chargers is one of the top barriers to electric vehicle adoption, said analyst Sam Abuelsamid at Guidehouse Insights. Jack Taylor/AFP via Getty Images
Listen Now

President Joe Biden is expected to outline a massive new proposal for infrastructure spending at an address in Pittsburgh, Pennsylvania, today. The plan is reported to go beyond the usual roads and bridges to focus on measures to combat climate change, like dramatically expanding the nation’s network of electric vehicle charging stations.

A couple of years ago, Leo Touza was seriously considering buying an electric vehicle. He found some great deals on used ones, but he rents an apartment in Portland, Oregon, and has to park on the street.

“Where do I charge it? If they just had like a few chargers on every block or something, that helps,” Touza said.

But that wasn’t the case, so he bought a gas car instead. Lack of access to chargers is one of the top barriers to electric vehicle ownership, said analyst Sam Abuelsamid at Guidehouse Insights.

Auto industry groups have pushed the White House to prioritize charging infrastructure to help boost EV sales. Charging availability has increased in many places, but varies widely, said Ethan Elkind at the University of California, Berkeley.

“Any electric vehicle driver who’s looked on a map to see where the charging stations are, you can pretty readily identify some parts of the U.S. where there’s a real missing infrastructure,” Elkind said.

Auto trade groups say there are around 100,000 public charging outlets across the country.