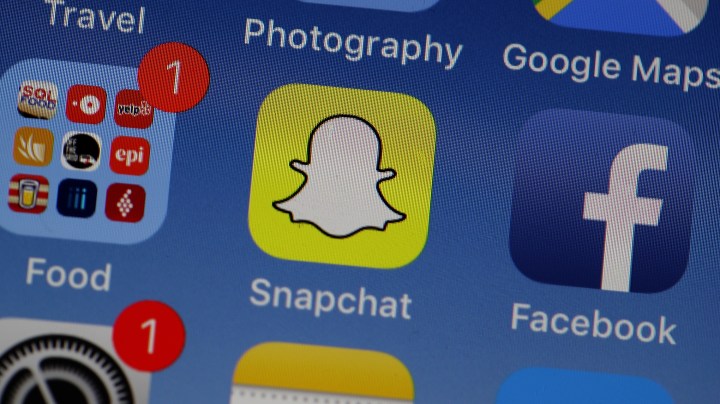 Both social media companies have pointed a finger toward Apple.

Remember those privacy settings the iPhone introduced in April, which made apps ask whether you want to be tracked across the internet? Those new settings are having major consequences for social media companies — and their advertisers.

The latest Facebook ad from Belgium-based Lindemans Brewery features, understandably, beer — a perspiring glass of bright orange-red beer, surrounded by fresh strawberries. Flying around the glass is what looks like a … steampunk beer fairy?

“Just a very short gif aimed at stopping you in your tracks, saying, ‘What is that weird fairy character doing?'” said Danielle Thompson, who heads U.S. marketing for Lindemans.

Since the iPhone’s privacy changes, she said, it costs her twice as much to show that ad to a beer-loving Facebook user.

“And so, fewer people means reaching each of those people will cost more money,” Thompson said.

That’s a budget problem for smaller businesses, which are the biggest source of Facebook ad revenue. Large companies won’t feel the pinch as much, but they should prepare for a future in which stalking your customers around the internet isn’t so easy, said Brian Wieser with the ad-buying agency GroupM.

“Marketers have to deal with a world that features more and more privacy,” he said. “Consumers didn’t want to be tracked in ways that were creepy.”

Reel’s marketing vice president, Jeff Borsuk, said he’s now exploring other media, like podcasts, radio, TV and “influencers and focusing on tastemakers and people that are, you know — for us — passionate about sustainability.”

Hmmm, bamboo toilet paper. Wonder if there are pandas with big Instagram followings.