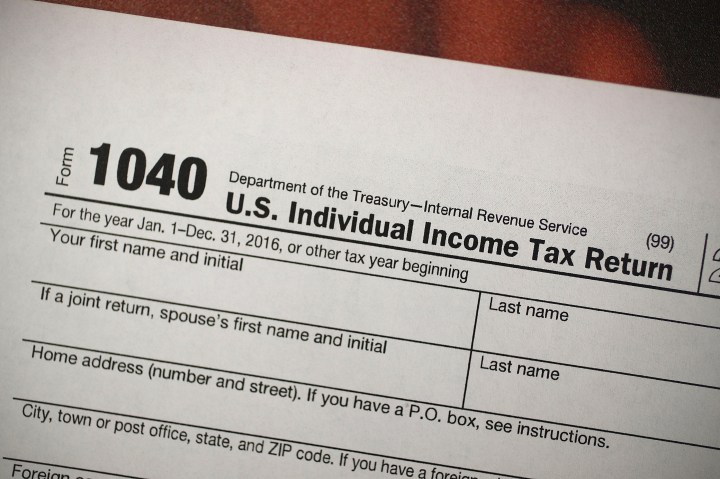 The U.S. tax system has seven brackets, but some think it should be overhauled to include more. Joe Raedle/Getty Images
I've Always Wondered ...

The U.S. tax system has seven brackets, but some think it should be overhauled to include more. Joe Raedle/Getty Images

More than a century ago, the modern U.S. tax system, with seven brackets, was born.

While we have brackets, our tax system is really a hybrid of both a bracketed structure and a “continuous” or progressive one, in which the rate “continues to ratchet up depending on income,” explained Billy Fauller, a former revenue officer at the IRS.

By “continuous,” Green was asking if we could have a different, higher rate for each additional dollar of income. But the constant change in tax rates would be difficult for the IRS to handle.

David Gamage, a law professor at Indiana University in Bloomington, explained that our bracket system is a legacy of the pre-computer era.

“If we were to redo our income tax under the assumption that everyone has computer software to do their taxes — if instead of having the IRS create tax forms every year, the IRS created a software package — then it would be possible to have a continuous rate structure,” Gamage explained.

He added that the agency’s historical practice has been to create look-up tables, noting that a continuous rate structure requires a mathematical formula. That wouldn’t have been feasible in a pre-computer world, unless you expected people to do algebra.

Having a continuous system would be difficult because the agency’s own systems are antiquated, Fauller said.

“They’d be rolling back the entire system, ushering in a new one,” added Fauller, who now works as managing member at Inside Out Tax Resolution Services. “They would need to modernize their technology and infrastructure.”

Gamage said in reality, the bracket is just the marginal rate, or the rate you pay on an additional dollar of income.

“And your income below that is subject to lower rates, and there’s credits and deductions,” he said. “We don’t have a continuous system, but we don’t have a single tax rate system either.”

While we don’t have individual tax rates that increase with each dollar of income, the system has had periods when the number of brackets fluctuated.

If we did want to create some more brackets, the IRS could handle it, according to Dennis J. Ventry, a law professor at the University of California, Davis. We currently have seven, although we’ve had more than 50 at some points.

“There was a totally bogus argument in the postwar period that, like, all these brackets created complexity in the tax system,” Ventry said. “The IRS would figure out the blended rate of wherever you fell and tell you what your tax liability was.”

Politicians haven’t pushed for a continuous system necessarily, but some progressive lawmakers have proposed a tax rate increase on those who make higher incomes. U.S. Rep. Alexandria Ocasio-Cortez, a New York Democrat, has floated the idea of a 70% top rate on incomes above $10 million.

To make the tax system more fair, Ventry said, we should add tax brackets — but at the top.

Ventry said “it’s bonkers” that someone making more than $518,000 a year technically pays the same marginal tax rate — 37% — as billionaire Jeff Bezos. Or, he added, even a partner at a top law firm, who could earn $5 million to $10 million.

“That’s the problem in terms of too few brackets,” he said.