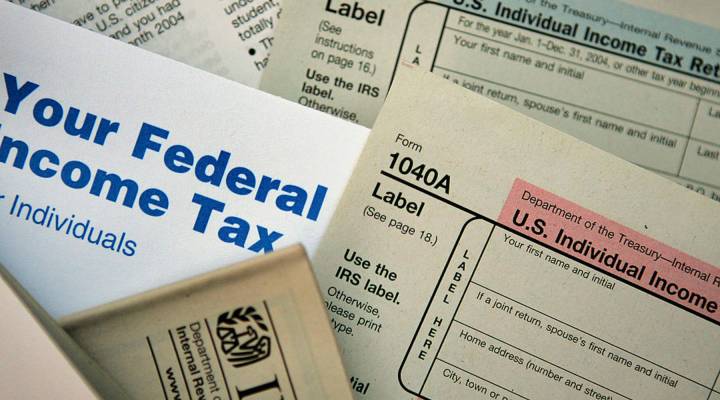 We don’t know a lot about the Republican plan for tax reform, but, among the details we do have is a proposal to reduce the number of individual tax brackets from seven to three.

We’ve been all over the map when it comes to the number of tax brackets in this country. Back in the late 1980s, we had as few as two brackets. At a few points in our history, we’ve had more than 50.

Tax brackets are widely misunderstood, even though they are all over pop culture — from Nicki Minaj to Travie McCoy. From Gene Autry to The Dude.

“It’s a thing that there are a lot of misconceptions about,” said Nick Underwood, a tax adviser in Los Angeles. “People read a lot of weird stuff on the internet.”

He said one of the most common questions he gets is whether or not people should take a raise that bumps them into a higher tax bracket.

The answer: yes. Take the money.

“It is always better, always better to earn more income,” Underwood said. “Because even if you get bumped up into the next tax bracket by $1, it is only that additional dollar that’s taxed at the higher rate.”

To put it another way, say you’ve just barely squeaked into the 25 percent tax bracket. You make just over $37,950. “Only the last few dollars of income that I’ve earned are subject to a 25 percent rate,” explained Scott Greenberg, a senior analyst at the Tax Foundation.

Part of the reason for the long-running misunderstanding is that it’s math that most taxpayers never do on their own, said Tracey Roberts, a professor at Samford University Cumberland School of Law.

Tax software just spits out a number that you have to pay.

Even if you’re old school and fill out the forms yourself, “you just go to the back of the instructions, and you look up how much income you have, and it tells you precisely the amount of tax you have to pay,” explained Roberts. That chart you’re looking at has already calculated the tax you owe on each chunk of your income. That’s 10 percent on the first $9,325. And 15 percent on income between $9,325 and $37,950. And on and on.