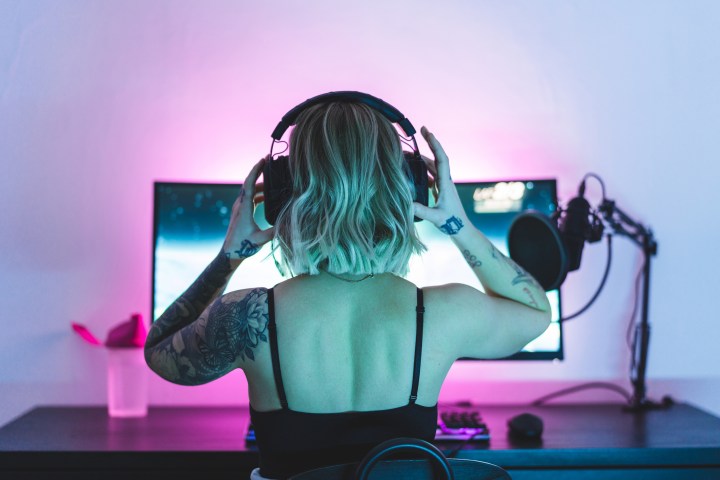 COPY
Women gamers have made plenty of progress in gaming, except in esports, where anything approached equal pay is elusive. Getty Images

Women gamers have made plenty of progress in gaming, except in esports, where anything approached equal pay is elusive. Getty Images
Listen Now

The number of female gamers is growing rapidly with nearly half the world’s gamers now women and girls. But while there are plenty of successful female gaming influencers and personalities, few of them are making it in esports – the competitive side of video games.

Research from esportsearnings.com shared exclusively with the BBC found that there are no female players in the top 300 earners, and only a tiny fraction of the millions being won in competitions around the world is going to women.

The all-female team Cloud9 White are dominating all other women’s teams in the game “Valorant” but they are fighting hard to break more records and beat the men, too.

The team is encouraging all competitive female gamers to challenge the status quo that women can’t make it at esports. Gaming among women is growing in many countries, particularly in Asia. Betty Chai, a 23-year-old from Malaysia, is a semi-professional “Dota 2” player.

“I’m earning just a bit, but I’ve taken like a few projects from streaming partners. It’s how I manage to survive, I guess,” she said.

“Dota 2” has the most lucrative esports scene going. It is gearing up for a $40 million tournament. Once again, there will be no female finalists this year.

Chai thinks one of the reasons there are so few successful female esports stars is because of the immature culture in grassroots gaming.

“Most games it goes (one of) two ways – they will say, ‘oh, my God, I love you,’ this kind of stuff – like they’ve never seen a girl in their life. Sometimes it’s like a toxic one, like, ‘woman, go back to the kitchen.'”

Some people think the only way to get women onto the biggest stages is to split esports into male and female competitions entirely, but not everyone agrees.

“What’s the point if you’re only playing against like a very small section of “Valorant” as a whole?” asked Katsumi, another player for Cloud9 White.

Cloud9 White think that one solution could be to encourage gaming organizations to fully back more women’s teams with the same support given to their male rivals.

“It’s like similar to when the four-minute mile got broken,” said Capone. “When no one had done it before and one person does it. And then following that, it’s like dozens more people, just the next year, are suddenly able to do it.”

2021 might not be the year for a major breakthrough, but many hope that esports will soon begin to see the potential in its huge untapped female talent pool.