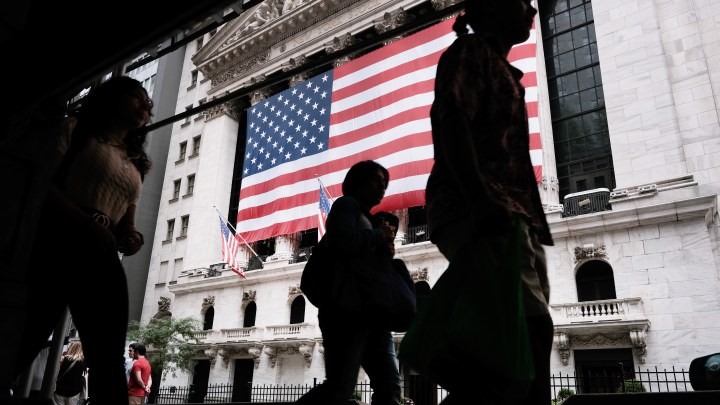 COPY
"When you have a lot of money, you get access to the best," says Chris Farrell, Marketplace’s senior economics contributor. And the wealthiest can build up infrastructure to monitor and analyze their investments, he added. Spencer Platt via Getty Images

"When you have a lot of money, you get access to the best," says Chris Farrell, Marketplace’s senior economics contributor. And the wealthiest can build up infrastructure to monitor and analyze their investments, he added. Spencer Platt via Getty Images
Listen Now

The “democratization of personal finance” is when financial services and investing opportunities reserved for the wealthy gradually become accessible and affordable to the rest of society. Chris Farrell, Marketplace’s senior economics contributor, says while the barriers for such services and opportunities are eroding, access to the returns often seen by the very rich could still be out of reach.

He spoke with “Marketplace Morning Report” host David Brancaccio about the infrastructure that is often behind these investments for the extremely wealthy. Below is an edited transcript of their conversation.

David Brancaccio: So, if these more exotic ways of investing became open to more people, you didn’t have to just be super rich, I guess more people will get access to those kinds of fancy returns, you’d think?

Chris Farrell: Well, here’s the thing, they’re not going to get access to the fancy returns. At least that’s my takeaway looking at a recent study by two economists. Now it has this bland title: “Asset Allocation and Returns in the Portfolios of the Wealthy.” But David, really, it’s an intriguing paper with data on the investment portfolios and returns of roughly 60,000, wealthy investors.

Brancaccio: It, for instance, in this section of the paper, looked at people who are wicked rich and people who are pretty darn wealthy. And what did they find? These are all people who had access to private equity, hedge funds and all that stuff.

Brancaccio: By the way, that paper you were telling me about showed that even the wealthiest who did better, risk-adjusted average return was less than 4%. And it’s not like astronomical.

Farrell: No, it’s not astronomical. But I think there is another point that I want to draw out of this that really deals with how individual investors should approach this democratization of finance theme. And it was an analogy drawn by Timothy Taylor, he’s an economist at Macalester College and he said, “Look, back in the 1990s, you had these big institutions like Harvard and Stanford, you know. They put a lot of money into alternative investments, and they did really well.” And so a lot of smaller colleges and universities, smaller endowments, they said, “Hey, we can do this.” And, of course, Wall Street was selling them the product. And they didn’t do very well; again, there was this big gap. And what it comes down to, David, is when you have a lot of money, you get access to the best. But the other thing is you also can build up this infrastructure to really monitor and analyze these investments.