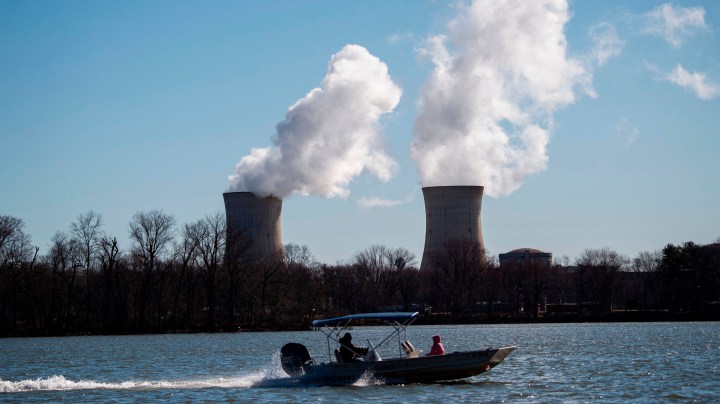 COPY
A boat passes the nuclear plant on Three Mile Island as seen from Goldsboro, Pennsylvania in March 2019. Andrew Caballero-Reynolds/AFP via Getty Images

On the central California coast, wedged between the Pacific and hills of wild mustard, is the Diablo Canyon nuclear plant. This is where Kristin Zaitz, co-founder of “Mothers for Nuclear,” works as an engineer.

Why is she such a big fan of nuclear? Mostly, she said, because nuclear is pretty much carbon-free, which Zaitz said is critical in the climate emergency.

“We’re in another drought. It feels like Groundhog Day here,” she said. “It’s just, ‘What are we going to do about climate?’ So I’m just really thankful that we have nuclear energy.”

Diablo Canyon makes nearly 10% of California’s electricity. For now. In 2024, the plant is scheduled to begin shutting down its reactors and it’s not the only one. The U.S. Energy Information Administration said four U.S. nuclear generators are scheduled to go dark this year. Zaitz said that if the U.S. wants to reduce emissions, closing these plants doesn’t make sense.

There are plans for new smaller reactors but, notes Edwin Lyman of the Union of Concerned Scientists, those plans still need government approval.

“The amount of time and money that you actually need to put into developing new nuclear technology is extremely significant, and it can’t really be rushed,” Lyman said.

When you compare nuclear to renewables, you can’t ignore nuclear’s glaring financials, said Daniel Kammen, who chairs the Energy and Resources Group at UC Berkeley and teaches in the nuclear engineering department.

“I am rooting for nuclear, but nuclear has the hardest path,” he said. “End of life costs for nuclear are some of the highest out there. They are in the billions.”

Solar, wind and batteries don’t involve spent fuel rods, he said, and these renewables are cheaper, providing reliable electricity, without the specter of nuclear accidents.

“So nuclear comes with risk, and it also comes with significant cost risk,” Kammen said.

There’s a move in the Senate to help the industry with those costs. Some lawmakers are proposing tax credits for some existing nuclear plants.

Given the push to decarbonize, Kammen said he wouldn’t be surprised if some plants set to close were given a second chance.