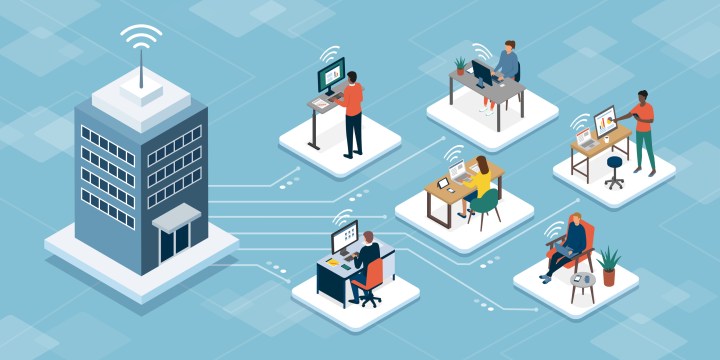 COPY
Among the stated advantages of remote work are a "culture of documentation" and improved management skills. Getty Images

Among the stated advantages of remote work are a "culture of documentation" and improved management skills. Getty Images
Listen Now

Venture capital funding has reached record highs over the course of the pandemic, according to the financial data company PitchBook. It’s going to established startups, but new ones, as well: since last April, over 4,500 companies raised venture capital for the first time, the same pace as prior to the pandemic.

“You would expect some kind of interruption in the flow of new company formation or investors being willing to invest in very young companies, but that obviously wasn’t the case,” said Cameron Stanfill, a senior analyst with PitchBook.

Some of those companies formed during the pandemic, which means their employees have never met in the flesh. Being totally distributed was mostly unheard of prior to 2020, but turns out, it might not be all bad.

“It requires a very strong culture of documentation, the right tech stack, the right management, discipline in terms of checking in,” said Annie Lamont, managing partner of the venture capital firm Oak HCFT. “It probably creates better management skills, because you’re forced to communicate in a religious way.”

“I think in most situations, you aren’t paying as much attention to people who are on the phone. They don’t feel as incorporated into the mainstream of what’s going on,” Lamont said. “I would say this creates a level playing field.”

Donald Hawkins is an entrepreneur who launched a fully remote startup during the pandemic. Watching the events of last year, he felt motivated to address societal changes. And he didn’t want to wait.

“We saw the groundswell of support that the murder of George Floyd provided here in the U.S.,” said Hawkins. “It just kind of reminded me of the cyclical nature of a lot of the issues that Black America fights.”

Hawkins lives in eastern Kansas. His co-founder is in San Francisco. Everyone else?

“We now operate in all four U.S. time zones,” Hawkins said. “98% of the company’s never met each other.”

Hawkins says it can be challenging not to have more in-person connections. But it helps that the majority of employees at the company are BIPOC who understand First Boulevard’s core mission.

“We really are building for our family,” Hawkins said. “We know why we’re doing what we’re doing.”

“Talk to us about ‘what sport did you play in high school? What was your first concert?’” Hawkins said. “Things, honestly, you would pretty much ask someone on a first date.”

That sort of activity can help fill in the gaps for young people who want to make more connections.

“One weird thing about Zoom meetings is when they end, they kind of end,” said Josh Stein, the co-managing partner of the firm Threshold Ventures. “There’s not the walking to the next meeting part.”

Stein says startups will have to figure out the happy medium between remote work and getting employees to bond.

“How do you deepen these connections, especially for when things go poorly?” said Kunst. “If you’re an employee at a company, why stay when you could just go, leave and take another job. And a lot of times, it’s the bonds that you have with the people around you.”

Kunst says one way startups can strengthen those bonds is by asking employees what they want and providing it. Perhaps it’s employee retreats or other extracurricular benefits.

The companies will have some extra money, saved from not buying things that used to be startup staples. Like beer kegs and pool tables.