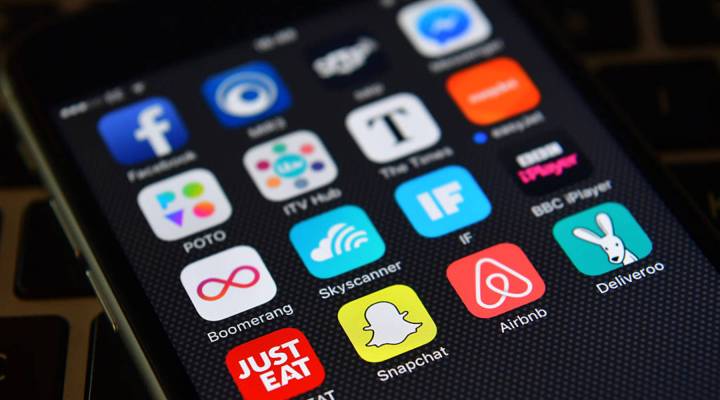 One of the things we plan to do on the revamped Marketplace Tech is take a deep dive into the often mysterious world of venture capital: how it works, where the money comes from, and who decides how to invest it.

If you think venture capital is worlds away from your life, think again. Are you reading this on your iPhone on the Google Chrome browser while riding in an Uber? Then you’re using three VC-funded companies’ products at once.

In fact, venture capitalism is a big part of our economy. According to a 2015 Stanford Business report, VC-backed companies make up one-fifth of public U.S. companies. Venture capitalists help create companies that generate billions of dollars in revenue and hire tens of thousands of people, not to mention impact the products we use every day.

That means that these investors play a pretty significant role in deciding which companies have the resources to grow and what products land into your hands. And historically, it’s a pretty small number of investors who wield that power, and most of them have been located in the U.S., broadly, California specifically, and Silicon Valley most precisely.

That’s led to questions, over time, about diversity in the venture industry, and how that impacts who gets funded and how. And more recently, there’s been significant controversy about the work culture within the VC world, the startups they fund, and the people who lead them.

We’ll get to all of that in this series, but first, we’re starting at the basics.

Venture capitalists are simply investors specializing in startups. They are looking for risky, innovative companies that have a fast growth plan — investors are typically looking to make a profit in 10 to 13 years. Nizar Tarhuni, an analyst manager at Pitchbook, a venture capital database, said that most firms hope to get $2.50 to $3 back on every dollar they invest. The companies they’re looking at already have a working product and need money to scale up. Investors tend to specialize in certain types of companies because they’re often more personally involved, providing business contacts and advice. In other words: VCs offer more than hard cash. They, in part, shape the actual technology we use today.

“We’re trying to find the best entrepreneurs we can find, with interesting and unique ideas that will change the world,” said Steve Jurvetson of the firm Draper Fisher Jurvetson. Investors go into deals knowing they won’t make big returns on most of them. But if they’re investing in say, five companies, they’re hoping one will be the next Facebook. “We try to skew a bit towards projects that are more likely to succeed than fail. But even then we’re wrong — a lot of the time.  The difference between crazy and brilliant is sometimes a very fine line,” Jurvetson said.

The company and the VC come together to decide how much a stake in the company is worth. Jurvetson said his firm tends to invest in a 20 to 40 percent stake in a company. Then, the waiting game begins. The best case scenario for the investor is the company is bought out by another, like when Facebook acquired Instagram, or the company goes public.

A small number of venture firms are using algorithms to predict risk and success in the startup market. But in the end a lot of the decisions these investors make are intuitive. Does that kind of pressure make Jurvetson nervous? Not really, he said. It’s all part of the game. “There’s actually a bunch of really enriching business ideas that whither on the vine,” said Jurvetson. “Certainly a lot of Google competitors, there are better search technologies and much better products that were launched just after Google was launched, and some before that got nothing. Probably 30 or 40 companies — most of them will never be known.”

Listen to our extended interview with Jurvetson here. And to help you better understand venture capital, we’ve created our own glossary.