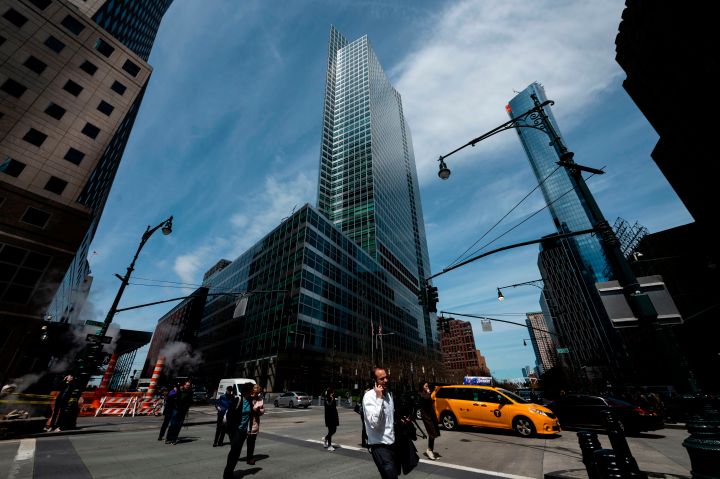 Second-quarter earnings are trickling in this week from some of the giants of the sector: JPMorgan Chase, Goldman Sachs, Citigroup and Bank of America among them. A lot of economists feared the worst for banks during the pandemic — fears that now seem to be largely behind them.

At this time last year, McBride was expecting a lot of loans and mortgages to default. He said banks squirreled away reserve funds in preparation for a flood of foreclosures.

“Here we are, 12 months later, not only have those defaults not materialized … but now banks are able to release a great chunk of those reserves,” McBride said.

When a bank decides it’s OK to let those reserve funds loose, that can improve its results.

“They can put that money back to work for investors or in the economy,” said Karen Petrou, managing partner of Federal Financial Analytics.

But it’s not all rosy for big banks right now, Petrou added.

“This is where ultra low interest rates not just hurt bank earnings, they really hurt the ability of most American households to save, which is the most important way Americans protect themselves against the future,” she said — if interest rates are lower than inflation, people’s savings are not worth as much.

Another reason banks are doing well is because the stock market continues to soar.

“This is a very favorable environment in the capital markets overall,” said Van Hesser, chief strategist with the ratings agency KBRA. Still, he said, all these measures have to be seen in context.

“Through the lens of the really extraordinary fiscal and monetary support provided by Congress and the Federal Reserve through the pandemic saga,” Hesser said.

According to the latest data from The New York Fed, Americans paid down their credit card debt by a whopping $49 billion dollars last quarter, thanks in part to relief checks and other payments.

Catherine Van Der Laan, a financial coach in Massachusetts, said she advised her clients to pay down their credit card debt with stimulus money.

“[The checks] have been helping them get out of debt … so they can really get on their feet again,” Van Der Laan said.

Van Hesser with KBRA said those stimulus checks also affected bank earnings — and that this economy is unusual.

“That’s going to correct back to normal, over the next, you know, four to six quarters, and that shift is going to be something really worth paying attention to,” Hesser said.