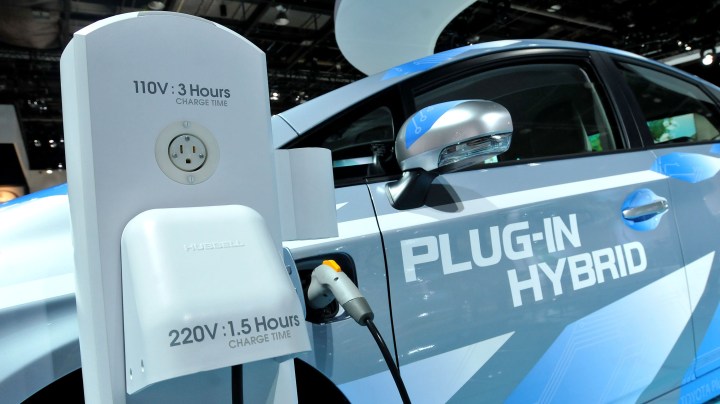 This week it was Stellantis, unveiling its plan to get in the fast lane on electric vehicles. The automaker —which is the old Chrysler, Fiat and Peugeot combined — said it’ll invest 30 billion euros, or about $35.5 billion, by 2025 to ramp up the development of electric vehicle technology and production.

By 2030, the company says 40% of vehicles sold in the United States and 70% in Europe will be EVs or plug-in hybrids. Plus, all of its 14 brands, which include Jeep, Dodge, Opel and Alfa Romeo, will offer electric models.

Meanwhile, some of the company’s major rivals, like GM, Ford and Volkswagen, have pledged similarly enormous investments to electrify their entire fleets over the next 25 years.

Stellantis is trying to catch up with its rivals with its ambitious electrification plans. The global industry is clearly transitioning to a new electric future, said Kristin Dziczek at the Center for Automotive Research.

“The stars are kind of aligned, so … the technology’s getting better and more capable,” she said, especially batteries, which are getting cheaper and lasting longer.

Stellantis aims to boost its EV sales to 70% of total sales in Europe, where there are strict emissions regulations and driving distances tend to be shorter.

But in the U.S., there are some big hurdles in the way of Stellantis even hitting 40% in the next decade; the same is true of GM, Ford and the others.

One culprit is a lack of vehicle-charging infrastructure, for starters, according to Garrett Nelson at CFRA Research.

Even if EVs can eventually be driven and charged all across the U.S., it’s not clear if Americans everywhere will want them, Dziczek said.

“The big question is: Are mass-market consumers really there or not? If it’s more expensive, it’s harder to use and it doesn’t fit your kid’s hockey equipment, there’s no reason for that kind of consumer to get into an electric vehicle,” she said.

“There is some of that, like, ‘polar bears’ and ‘you’re going to save the planet’ in some marketing material,” he said. “But I think the more important thing is ‘Hey, this is an electric car, and it’s just as cool and does just as much stuff as your internal combustion engine.’”

The big challenge for Stellantis, Shield said, will be convincing loyal Jeep and Ram customers that it’s time to try out an EV.