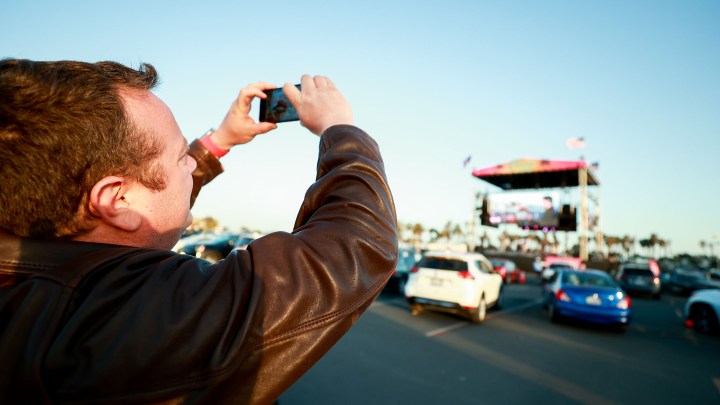 It is thoroughly and officially summer now. We’ve had Independence Day, we’ve had blistering heat and now we have summer music festivals. Last summer, virtually all concerts were shut down due to COVID-19.

But the festival scene is returning. One of the first music festivals of the summer happened in Portland, Oregon, over the July Fourth holiday weekend. Oregon had just lifted COVID restrictions, but Waterfront Blues Festival director Christina Fuller said the gravel-covered outdoor venue was still set up for “a socially-distanced seating-pod format.”

Six hundred guests shelled out $75 a ticket to sit in “two-, four- and six-person pods,” Fuller said. “Patio furniture, side table, a little bit of enclosure, and AstroTurf. It really warms the gravel up.”

Guitarist Jon VanCura of the band MarchFourth said this is the first show the band has played in a year and a half. While he is grateful for the work, “I’ve gotten really used to audience right in my face, dancing, and when everybody’s sitting in lawn chairs 6 feet apart, it takes a little getting used to.”

Bands and festival organizers are bringing back live music audiences this summer, said industry consultant Karen Allen. “Touring is on, club shows are on. There are huge four-day massive festivals planned for September through November. We’re seeing full schedules for 2022.”

And sales are strong. Austin City Limits sold 450,000 tickets in just three hours for a festival that takes place over two weekends in October. But for artists, “there are a lot of contingencies in the contracts for, what if COVID comes back? What if we have to reschedule?” Allen said.

Coachella didn’t happen in the spring, but Lollapalooza is on and so is Bonnaroo later this year. Ryan Borba at Pollstar, which tracks the touring industry, said big festivals and headliner tours are putting intense pressure on an industry that’s lain dormant for 16 months.

“There’s a lot of concern there’s not going to be enough staff,” Borba said. “It takes hundreds of people to put up these shows. A lot of these people found other jobs, there was literally no income.”

And while consumer demand is strong, it’s not clear how ready people are to return to giant venues and huge crowds, Fuller said.

“Everybody has a different comfort level of getting back into groups,” she said. “Everyone is not ready for shoulder-to-shoulder dance floors or mosh pits.”

That adds a little more uncertainty for the industry as live music comes roaring back.

Your responses to “Summer of Soul”