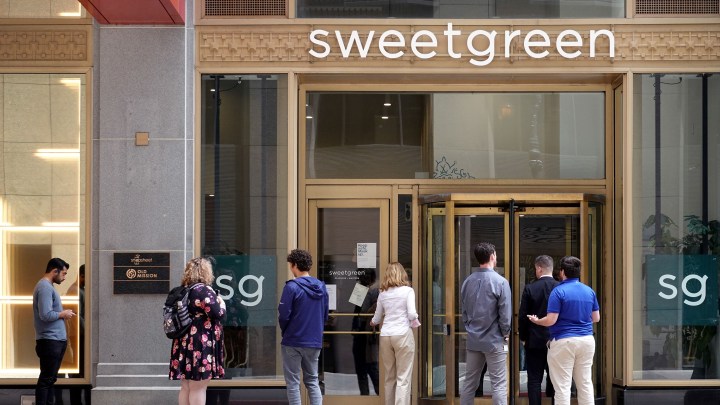 The company Sweetgreen, maker of the $12 Caesar salad you can eat at your desk, said earlier this week it would file for initial public offering. Krispy Kreme, indulgent staple of the office break room, is also planning to go public later this year, for the second time.

Sound like a big bet all workers will be back in their offices soon? Well, kind of.

Sean Dunlop follows the restaurant industry for Morningstar. He’s still working from home, and recently his lunch was a kale salad, “copied off Sweetgreen’s menu,” he said with a laugh. Salad plagiarists notwithstanding, Sweetgreen is betting hybrid workers will eventually get tired of julienning their own carrots. That’s why the company is planning on opening a pilot location in Colorado with a drive-thru lane as part of its effort to expand into the suburbs.

“Sweetgreen, with these drive-thrus, is looking at stand-alone restaurants, starting to move closer to customers in these suburban trade areas,” Dunlop said.

Krispy Kreme is still banking on workers starting the day with a donut or three — no commute required.

“They sell a lot to the supermarket channel. That’s where they’re getting a lot of their growth from,” said Eric Gonzalez, an analyst with KeyBanc.

He said the good news for downtown restaurants is that when hybrid workers return to the office, they’ll feel entitled to a reward, like eating out.