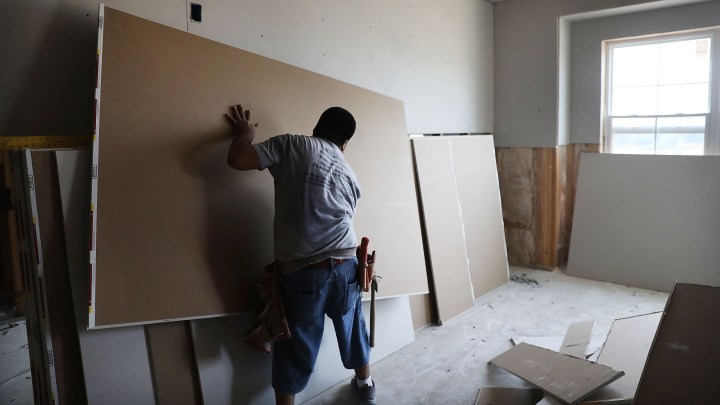 COPY
With a hot housing market, some house flippers have switched to a flip-to-rent model instead of resale. Spencer Platt via Getty Images

With a hot housing market, some house flippers have switched to a flip-to-rent model instead of resale. Spencer Platt via Getty Images
Listen Now

You might think record-high housing prices would be good news for home flippers trying to make a quick buck dressing up a fixer upper. In fact, it’s just the opposite.

Over the last 10 years, millennials typically wanted houses that were ready to move into, said Charles Tassell, chief operating officer with Cincinnati-based Cornerstone Redevelopment. That’s changed to “OK, I can’t get exactly what I want, so I’ll go for a fixer-upper,” Tassell said.

Tassell, who started flipping houses and apartment buildings in 2008, said the market for homes with leaky roofs and rotting drywall has become much more competitive. First-time homebuyers priced out of their dream homes are bidding for properties that used to be the exclusive domain of businesses like his.

Contractor shortages and rising lumber prices are also pushing flippers outside of major metro markets to more remote exurbs. And unlike the foreclosure crisis of the late 2000s, federal forbearance programs and a hot housing market have largely allowed struggling homeowners to avert short sales, another key source of flipping inventory.

“A lot of us are focusing on tertiary markets or secondary markets,” Tassell said.

“It’s a light renovation usually, and then you rent it out,” Owen said.

Prices in many markets are simply too high for flippers to reap a good return on their investment. That’s especially true for mom and pop operations, according to Sacramento broker Erin Stumpf. “The flippers that I notice in the marketplace tend to have deeper pockets, tend to have more properties,” Stumpf said.

She doesn’t expect a decline in flippers to help drive down home prices, however. Many of the properties they target are simply too dilapidated to be fixed by younger homeowners.