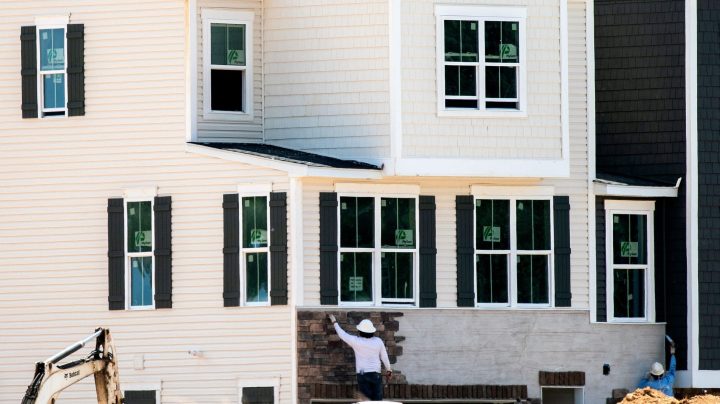 The housing market doesn’t look like it’ll be cooling down any time soon, according to Tuesday’s edition of the S&P CoreLogic Case-Shiller national home price index. It reports that in April, home prices were up just over 20% year over year.

​The good news? That’s less than the increase in March. So there’s that.

​Meanwhile, people are flipping houses at the highest rate since at least 2000. Given how hot the housing market is, if you were in the market for a fixer-upper last year, chances are you were competing with some flippers.

“Flipping tends to go up during periods of time where there’s really high demand for households, and prices are going up as well,” said Rick Sharga with Attom Data Solutions.

Sharga said 10% of houses sold in the first quarter of this year were flipped. In Phoenix, which is among the cities where home prices have increased most, that number was almost 20%.

But this data doesn’t necessarily tell us where the market is going. It tells us more about where it’s been.

“Properties we see flipped in the next couple quarters are homes that were purchased three, six, nine months ago,” Sharga said.

The lag between buying and selling means we don’t know how many of today’s buyers plan to flip. But Sharga expects to see less of it because it’s less profitable. Margins are at their slimmest than in more than a decade because rising interest rates affect how much buyers are willing to spend. Plus, there’s the rising cost of getting all of the work done.

“Investors likely saw higher prices for the materials that they were using to try to improve the house and probably also for the labor costs,” said Danielle Hale, an economist at Realtor.com

But there are still downsides for those looking to own for the first time.

Today, the average rate for a 30-year fixed mortgage is 5.9% — almost twice what it was six months ago.