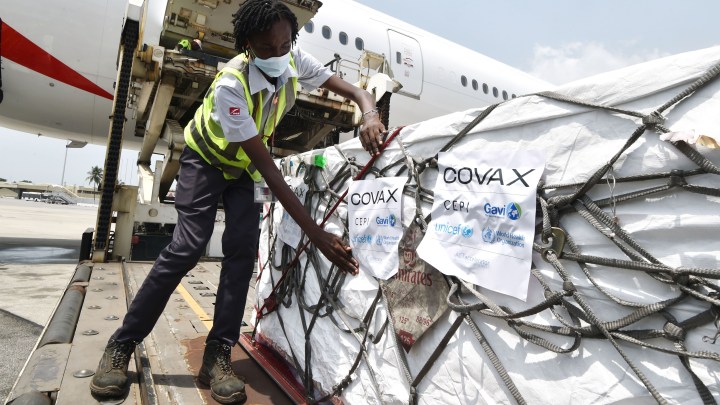 COPY
So far, the U.S. has distributed only a fraction of the promised vaccines overseas. Sia Kambou/AFP via Getty Images

So far, the U.S. has distributed only a fraction of the promised vaccines overseas. Sia Kambou/AFP via Getty Images
Listen Now

Back in May, President Joe Biden said the U.S. would send 80 million doses of COVID vaccines to other countries by the end of June.

But with just a week to go, fewer than 10 million doses have reportedly been sent so far.

There is no shortage of vaccines, according to White House press secretary Jen Psaki. Instead, she said, the problem boils down to logistics.

Joshua Michaud, at the Kaiser Family Foundation, said it’s an enormous challenge to get vaccines from one country to another and into people’s arms.

“You don’t want to just put vaccines on a plane, wave goodbye and hope for the best,” he said.

The U.S. is donating three different vaccines, each of which requires unique storage or transportation methods, Michaud said. Most countries have their own regulatory requirements too.

Dr. Rebecca Weintraub, at Harvard Medical School, said that country-specific requirements are one of the biggest hurdles.

“Some countries have decided to conduct clinical trials on their local populations before authorizing the use of the vaccine. You can imagine the delay,” Weintraub said.

Many countries also need supplies, like syringes, in addition to vaccines, according to Alla Valente, at the research company Forrester. They’re also in need of enough people who are trained and authorized to give shots — all of which, Valente said, the U.S. could help supply.

“If the U.S. also contributed the human capital to be able to go to these countries and help with that distribution effort, I think that would go a long way,” she said.

In terms of global vaccine distribution, there is a long way to go. In most African countries, for example, less than 1% of the population has been vaccinated.