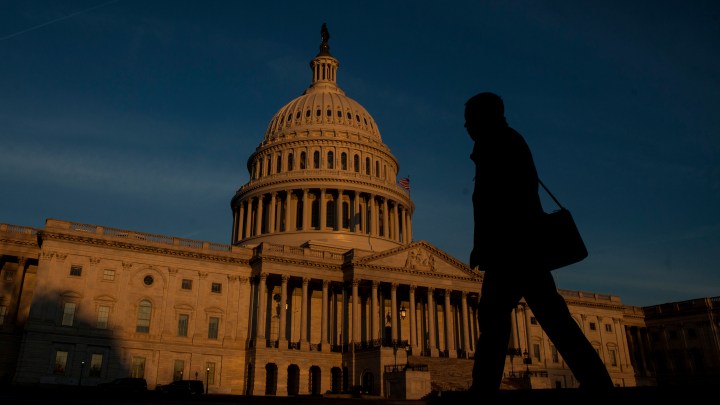 COPY
Congress has until July 31 to raise or suspend the debt ceiling. Zach Gibson via Getty Images
Debt limit

Congress has until July 31 to raise or suspend the debt ceiling. Zach Gibson via Getty Images
Listen Now

Every couple of years, Congress and the White House do a little dance — a debt ceiling dance. Congress has to vote to raise or suspend the ceiling on the total amount of debt the government can run up. It always does, but only after a lot of high drama. The latest suspension runs through July 31. And once again, it’s a cliffhanger.

The history of the debt limit starts with World War I, when the United States declared war on Germany in 1917. Then the government had to figure out how to pay for the war effort. So Congress passed legislation allowing the Treasury Department to borrow money by selling war bonds to investors and the American public.

The Treasury was free to sell the bonds, as long as the borrowing didn’t go over a certain amount, or a debt limit. Before this, the Treasury had to go running to Congress for approval every time it wanted to borrow money.

Shai Akabas, director of economic policy at the Bipartisan Policy Center, said it had to have been a pain the neck. He said that “the debt limit was effectively a way that Congress could set an overall limit and then let the Treasury Department issue debt as they needed.”

“It is not new spending that we are incurring as a result of raising the debt limit. It is just paying the bills that are already due.”

But if those bills stack up or rise higher than the debt limit Congress set, lawmakers have to do one of two things: raise the limit or suspend it for a certain period of time.

According to Laura Blessing, a senior fellow at Georgetown University, “historically, this has normally been done with very little fanfare. These have not normally been battle royales in Congress and in our politics.”

But over the past three decades, the debt ceiling began sparking political battles over federal spending. Then came 2011 and, said Blessing, “a very empowered number of fiscal hardliners in the House Republican conference who say, ‘Look, we’re not voting for any tax raises, period. The end.’”

Blessing said that in 2011, Congress barely raised the debt ceiling in time to prevent the U.S. from defaulting on its debts.

So where are we with the debt limit now? Well, Congress suspended it for two years back in 2019 when it stood at almost $22 trillion. That suspension expires at the end of this July, so Congress doesn’t have much time to suspend the debt ceiling again or raise it.

This is a movie Lindsey Piegza has seen before. She’s the chief economist for Stifel Financial. “It comes down to more of a political show, as opposed to a legitimate tactic to rein in government spending,” she said.

Piegza said she expects more brinkmanship this time around, but Congress will again raise or suspend the debt limit. Because the alternative — to default — is unthinkable.