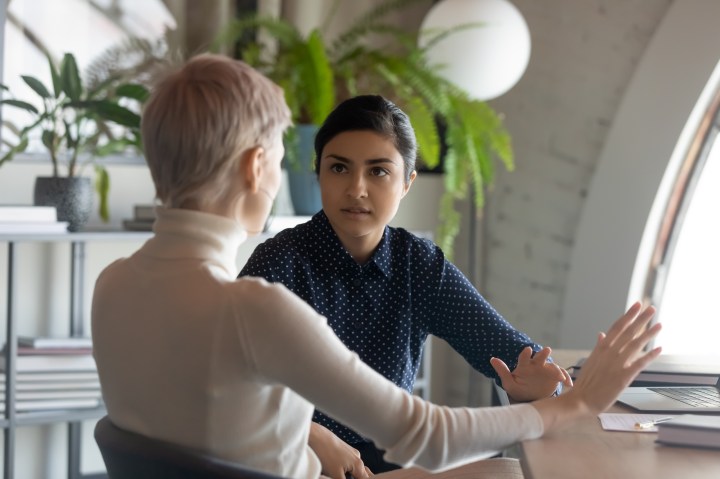 “In nonunionized companies, it's very unusual for there to be an explicit cost-of-living increase,” says Erica Groshen, a senior economics adviser at Cornell University. Above, two women negotiate in an office. fizkes/Getty Images

“In nonunionized companies, it's very unusual for there to be an explicit cost-of-living increase,” says Erica Groshen, a senior economics adviser at Cornell University. Above, two women negotiate in an office. fizkes/Getty Images

Inflation jumped 0.6% in May from the previous month and 5% year over year — the biggest 12-month increase since 2008. Used-car prices helped drive up those increases, while prices for car rentals, airline tickets and hotel rooms are surging due to pent-up demand.

Stephen Cecchetti, an economist and professor at the Brandeis University International Business School, told Marketplace that when consumers expect prices to go up, they start asking their boss for a raise.

But companies with unionized employees are typically where you see direct cost-of-living increases, explained Erica Groshen, a senior economics adviser at Cornell University.

“In nonunionized companies, it’s very unusual for there to be an explicit cost-of-living increase,” Groshen said. “Now, that doesn’t mean that there aren’t some adjustments, and companies do pay some attention to that. But it’s not explicit.”

Unionized companies with a formal cost-of-living arrangement typically negotiate to tie wages to a federal indicator like, the consumer price index, in an escalation clause, Groshen said. Escalation clauses in contracts enable workers to receive wage increases based on an increase in the cost of living.

However, the unionization rate in the private sector in the United States is at historically low levels, according to Todd E. Vachon, a postdoctoral associate and faculty coordinator at the Labor Education Action Research Network at Rutgers University.

“That source of power largely does not exist for the vast majority of workers,” Vachon said.

In the 1970s and 1980s, when unionization levels weren’t as low and inflation was higher, Vachon noted that demands for tying inflation to wages was more common. In 1980, inflation reached more than 14%.

“That’s when the workers say ‘No, we really need protection from this,’” Groshen said.

For the past 10 years or so, inflation has been fairly low. When inflation is “very quiescent,” then Groshen said some companies might agree on a cost-of-living increase of 1% to 2% for the next several years or so.

But despite the fears or expectations some consumers may have about inflation, Groshen said she doesn’t foresee there being a big spike in inflation, while Vachon said he thinks it will be temporary.