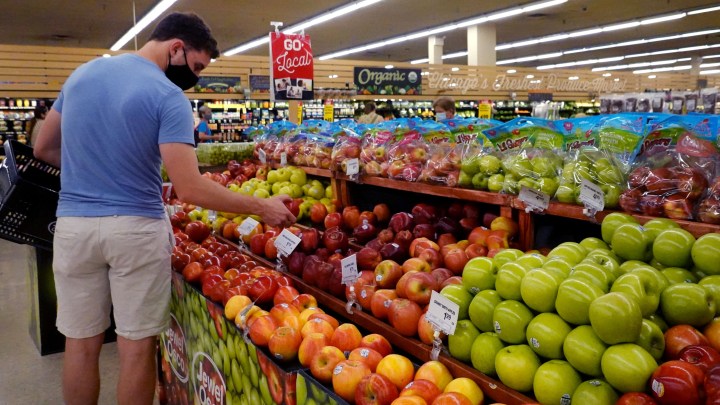 COPY
Consumers told the New York Fed they expect a 4% inflation rate next year. Officials with the central bank will meet this week to consider adjustments to their interest rate policy. Scott Olson via Getty Images
The Federal Reserve

Consumers told the New York Fed they expect a 4% inflation rate next year. Officials with the central bank will meet this week to consider adjustments to their interest rate policy. Scott Olson via Getty Images
Listen Now

Federal Reserve officials have new inflation data to chew on before they head into a two-day meeting on interest rates Tuesday. The New York Fed released a survey Monday that found consumers are expecting inflation to be above the Fed’s target of 2% over the next several years.

In fact, consumers told the New York Fed they’re expecting inflation to hit 4% a year from now. That’s the highest reading since the survey began in 2013.

Those most likely to predict higher inflation were consumers over age 60 and those with a high school degree or less. Many of them are probably living on fixed incomes. Hence, they tend to track prices more closely.

Andrew Levin, a former Fed economist and current economics professor at Dartmouth, explained that for those consumers, price influences purchasing decisions, “and comparing here, ‘Well, this toothpaste is 10 cents cheaper than that one. Let’s buy it today and see if it tastes OK.'”

The survey found that respondents expect higher prices for gas and medical care as well as purchasing or renting houses and apartments.

According to Stephen Cecchetti, an economist and professor at the Brandeis University International Business School, when consumers expect prices to go up, they start asking their boss for a raise. “The employers raise wages of their workers, that increases their costs, cost increases cause them to have to raise prices.” Which can lead to inflation, he said.

Economists call this a wage-price spiral. It was a thing in the 1970s. Former Dallas Fed adviser and CEO of Quill Intelligence Danielle DiMartino Booth worries that another problem from the ‘70s could reemerge. It’s when rising prices for basic necessities cause consumers to limit their spending on luxuries.

She said, “That means you’re going to cut out going out to eat, which you just finally got to start doing again in many places in America.”

DiMartino Booth said when consumers cut their spending back, economic growth slows. If these ghosts of the ’70s come back to haunt us, she said, they will complicate life for the Federal Reserve as it tries to keep the economy from overheating or stagnating. 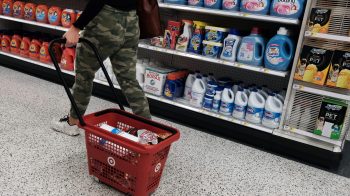 Why consumers are pulling back on spending